Oil flow from Irbil to Ceyhan will increase to 400,000 bpd 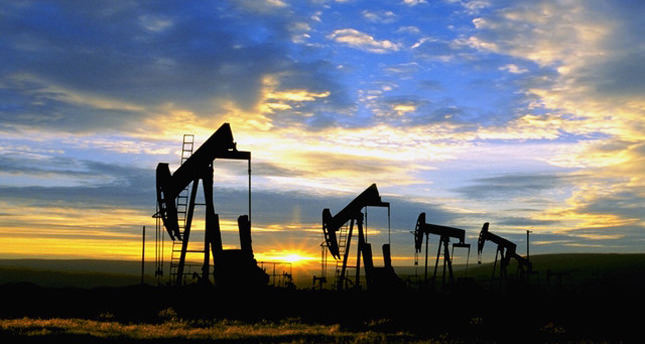 by Ali Ünal May 06, 2014 12:00 am
CEYHAN — Last week officials in the Kurdistan Regional Government (KRG) announced that oil shipments from Irbil to Ceyhan had resumed, including 100,000 barrels per day (bpd) through a pipeline. According to sources in the Turkish Ministry of Energy, oil sales have not yet begun but should in the coming days.

Several Turkish media outlets reported Monday that 1.5 million barrels of Kurdish crude oil which has been stored at the Ceyhan Oil Terminal had already been sold. However, sources from the Turkish Ministry of Energy denied the allegations. "We have been carrying on our relationship with both Irbil and Baghdad in transparency. We have been informing both Irbil and Baghdad about details of every step even if they had not asked. Oil in Ceyhan has not been sold yet. Moreover, this oil belongs to Iraq and as Turkey we don't interfere in the sale of that oil," the source remarked. About 1.9 million barrels of Kurdish crude oil have been received to date and Ceyhan port has a storage capacity of around 2.5 million barrels.

Regarding this issue, Turkey's Energy Minister Taner Yıldız stated that, "Those products may be sold in three days or in a week. Turkey's infrastructure is prepared for the marketing of the oil," Minister Taner Yıldız said. In line with Taner Yıldız's remarks, KRG Prime Minister Nechirvan Barzani said last week that Kurdish oil would be sold in early May. He added that, until present Kurdish oil was stored - but not sold - at Ceyhan and that its sale would begin in early May.

The KRG oil started flowing to Ceyhan at the beginning of the year and Baghdad has repeatedly threatened to sue Ankara and slash the Kurdish region's share of the national budget if exports go ahead through the pipeline without its consent.

However, there has been no comment from Baghdad about the KRG's latest declared intention of commencing oil sales imminently.