Turkey must be ready to confront disasters, says PM 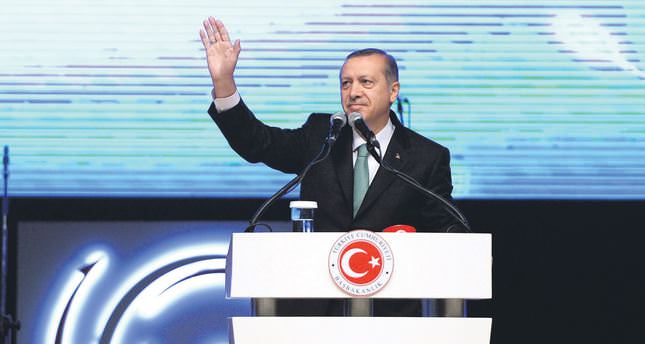 by Daily Sabah May 08, 2014 12:00 am
ISTANBUL — Prime Minister Recep Tayyip Erdoğan attended the opening ceremony of a campaign aiming to raise awareness of natural disasters launched by the Prime Ministry Disaster & Emergency Management Presidency (AFAD). The first stage of the campaign is to repair and prepare schools for natural disasters, especially as Turkey experienced several deadly earthquakes.

Erdoğan said Turkey must be prepared for any kind of disaster to prevent catastrophic results. He underlined that the official humanitarian aid organization, Kızılay, has undergone several changes and increased its capability to reach victims of disasters more quickly.

He thanked Kızılay and other nongovernmental humanitarian organizations, including the Foundation for Human Rights and Freedoms and Humanitarian Relief (İHH), for delivering aid to several regions around the world.

Erdoğan pointed out that Turkey has been one of the countries that reached Afghanistan's Badakhshan province after more than 2,000 people died as a result of a landslide a few days ago. Erdoğan also said AFAD's services to the Syrian refugees whose number has exceeded 1 million are very successful.

He emphasized that Turkey offers the best conditions to Syrians when compared to Syria's other neighboring countries.

After saying natural disasters are not preventable, Erdoğan said, "We have to work hard and increase safety measures to decrease the level of suffering after the disasters. One of the disasters that harms our country is earthquakes. We have to build safe residences through construction plans."

Erdoğan recalled the 1999 earthquake, which struck northwest Turkey and left tens of thousands of dead and said Turkey suffered from the lack of coordination among the state institutions. "Yet, when the earthquake happened in Van our aid organizations arrived to the city in a few hours. We rebuilt Van in a year, with the help of the coordination," he added. By underlining the construction mistakes made in the last decades, Erdoğan said, "Turkey will enjoy every support offered by technology to cope with natural disasters."