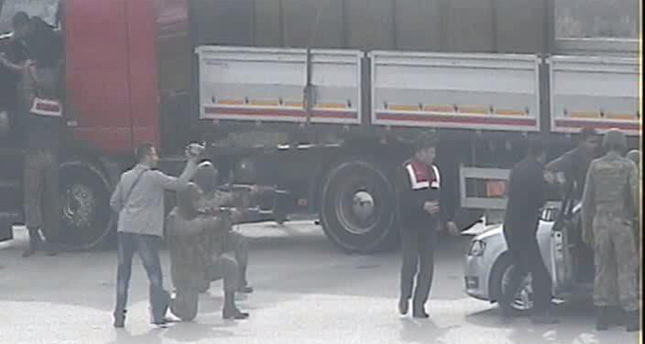 ANKARA — Prosecutors have charged 13 military personnel as part of an investigation into the illegal obstruction of National Intelligence Organization (MİT) trucks in Adana on Jan. 19, 2014, demanding a life sentence for the offenders. The raid was widely reviled by the public and the government. In a recent statement, the Adana Public Prosecution Office indicated that the investigation regarding the stopping and raiding of the MİT trucks has been completed."

They argue the sole purpose of this was to stop MİT officials' communications links that could have stopped the raids. Three of MİT's trucks carrying humanitarian aid to Syria on Jan. 19 were stopped and raided by agents of the Gülen Movement within the judiciary and security forces in Adana. MİT officials were maltreated, assaulted and handcuffed in a similar fashion as terrorists by these agents contrary to the law and outside their authoritative
boundaries.