Turkey expresses support to the people of Gagauzia 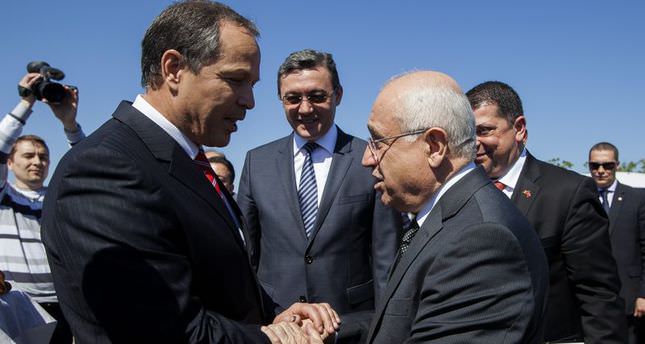 by AA May 09, 2014 12:00 am
COMRAT — Turkey's Parliament Speaker Cemil Cicek expressed his support Thursday to the Moldavian autonomous region of Gagauzia during a visit.

The predominantly agricultural region, which has a population of about 160,000 was made autonomous in 1994 from Moldova, which itself was declared independent in 1991 following the dissolution of Soviet Russia.

The people of Gagauzia are ethnically Turkic people who settled in the region around 1,000 years ago and some believe they are descended from the Seljuq Turks.

"We, as Turkey, are furthering our efforts to enhance bilateral relations with Gagauzia in every field and to contribute in resolving its problems," Cicek said during his address to students at a university in the region.

Gagauzia has problems with the Moldovan central government due to the region's pro-Russian stance, which clashes with Moldova's EU aspirations.

The region also wants to be a part of a customs union deal between Russia, Kazakhstan and Belarus, a plan opposed by the Moldovan government.

The Turkish Cooperation and Coordination Agency has provided considerable financial and educational support since 1991 to the region and Moldavian Parliament Speaker Igor Korman praised the agency for its efforts.