Reforms for improving minority rights picked up pace after 2010 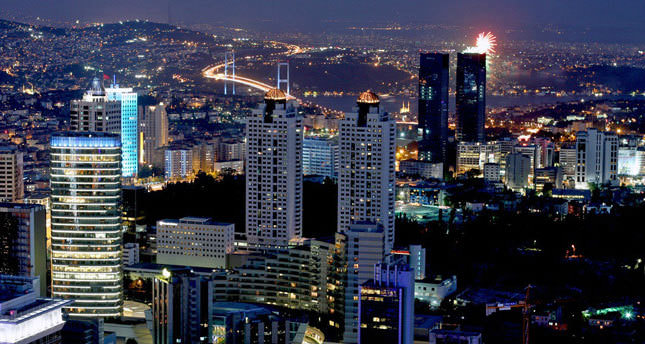 Despite claims that reforms came to a halt after 2010, efforts to improve minority and religious rights, while still incomplete, tackled long-ignored issues key to progress

ISTANBUL — Over the past few years, Turkey has reinvigorated its reformist image through amendments that set a precedent for the country by reinstating the rights of ethnic minorities and religious groups not only to improve the country's democracy but also to heal past wounds. Turkey's history is marked by certain painful issues, including the Armenian incident of 1915 in which Armenian people lost their lives, the independent tribunals established soon after the founding of the republic to prosecute certain religious authorities and those against the system, and the long-standing Alevi sorrow over the Dersim incident in 1938 in which a Turkish military campaign crushed the Alevi uprising in response to the 1934 Resettlement law that aimed to assimilate ethnic minorities. Despite a void waiting to be filled in terms of rights and freedoms in the country, there are fears that the democratization process that started expeditiously may slow down. The years following 2010 were a period in which prospective reforms and amendments to uphold the rights of minorities enhanced the country's image.

As part of the democratization process, a reform package adopted in 2013 was a major step to speed up the reform process and reinstate the rights of minorities. The most significant outcome of the democratization process was the reconciliation initiative that started in 2013 between Ankara and the Kurds. The Kurdish issue has long been considered the country's open wound after the illegal terrorist organization the PKK took up arms against Turkey with the aim of carving out a separate state in the southeast.

To reinstate the rights of ethnic groups such as the Kurds, the democratization package allows for education in mother tongue at private schools and the use of languages other than Turkish for political campaigning. According to the package, private schools are allowed to teach in languages other than Turkish, enabling local communities to have access to education in their mother tongue.

The law also allows former non-Turkish names of villages and neighborhoods to be reinstated. The new legislation stipulates that Turkish citizens can open private education institutions to provide education in languages and dialects they traditionally use in their daily lives on the condition that the schools are subject to the provisions of the Private Educational Institutions Act and are inspected by the Ministry of National Education.

Political parties and candidates will be able to campaign in languages other than Turkish. Citizens will be also able to use the letters "q," "x" and "w" which do not appear in the Turkish alphabet. Land belonging to the Mor Gabriel Monastery was reinstated to Assyrian citizens as part of the new legislation. The hijab ban was abolished to end discrimination against women who wear the headscarf and choose to work in governmental bodies. This is an important step for the protection of individual rights and freedoms in the spheres of freedom of religion and conscience and anti-discrimination within the framework of norms of the European Convention on Human Rights.

The 2014 democratization package that is accepted as a continuation of the 2013 democratization process abolished the Specially Authorized Courts (ÖYM) that were established in line with Article 10 of the Counterterrorism Law. Binding rules in relation to audio and video recordings have been applied to avoid audio files of third parties or suspects being illegally leaked to news outlets. These amendments against illegal recordings are expected to tackle the growing issue of cyberbullying in Turkey where illegal recordings of political figures are deliberately leaked to the media to tarnish both the image of the government and specific authorities.
Another reform clause adopted by the Parliamentary Justice Commission is the right to demand compensation to emphasize and secure the confidentiality of procedures.

Those who violate the confidentiality of an investigation or a person's private life could face compensation charges in line with the adopted amendments. In addition, as part of the efforts to prevent a lengthy pre-trial detention, the maximum detention period was reduced to five years from 10 years.

In addition, the 12-year period was divided into three phases and high school education was covered within the compulsory education period.

As part of the 2010 Turkish Constitutional Referendum in which a number of amendments were approved by popular vote, significant changes were made to the constitution. The Human Rights Committee was established in 2010 to work on the improvement and protection of human rights, to prevent violation thereof, to fight against torture and maltreatment, to analyze complaints and applications and to follow up on their results and take initiative regarding the solution of problems.

On women's rights, the referendum stipulated that measures for positive discrimination in favor of women are not contrary to the principle of equality. The law regarding the protection of families and the prevention of violence against women was also enacted in 2012. The purpose of the law is to regulate procedures and principles regarding measures to protect women, children and family members who are, or likely to be, exposed to violence, and individuals who are exposed to incessant stalking and to prevent any attempts of violence toward them.

As of 2012, local reverends (mele) in southern and southeastern Turkey who received religious education are to be employed by the government as religious officials.

Erdemir stated that the reason behind the regression is Turkey's backward steps, not apathy or a slowdown. He further pointed out that the sustainability of the democratization process can only be ensured through public accord and negotiations. Ali Murat Yel, an academic at Marmara University, praised the country's democratization process but also touched on the deficiency of the process. Yel said the reform package is brought to the table from time to time, but the main necessity is not a package but a constitution, including reforms. "I observed a deficiency in terms of adaptation of EU acquis. Turkey needs to put EU acquis into practice without waiting for EU membership," said Yel, adding that the AK Party is the only party that is able to take major steps toward democracy in Turkey but it needs to accelerate this process.

Former Representative of the Turkish Minority Foundations Laki Vingas commented on the democratization package in light of minority rights. Vingas stated that packaging mentality while proposing reforms is a deficiency in the process. Highlighting that covering required reforms with a new constitution will be more useful, Vingas said, "Minorities are satisfied with the packages to a certain extent, but there are still expectations.

For example, hate speech was expected to be considered as a crime in the package, but it was not. Religious freedom and freedom of association are other issues waiting to be amended." He further noted that even though these amendments are made theoretically, they remain insufficient in practice.