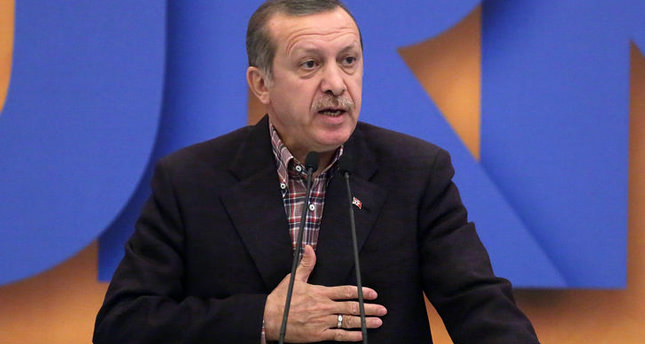 AFYONKARAHISAR — Turkey's Prime Minister Recep Tayyip Erdoğan pledged on Sunday to bring measures in order to prevent politically motivated speeches to be given at judicial ceremonies.

Erdoğan's statements at the closing session of a consultation meeting of the ruling Justice and Development (AK) Party came a day after he was embroiled in a verbal row with the country's head of bar associations, Metin Feyzioğlu, at a judicial ceremony.

On Saturday, Erdoğan interrupted a speech by Feyzioğlu, accusing him of rudeness and of giving a politically motivated speech. In his speech, Feyzioğlu questioned the government's administration of the aftermath of a 2011 earthquake disaster in the eastern province of Van.

"Feyzioğlu attempted to politicize judiciary with lies and baseless remarks ... No matter what they say, we will never change our course," Erdoğan said on Sunday.

He said that the country's former elites still considered themselves the owners of the country although their time had passed.

"The Turkish nation gave a stern response to the ruling elites, who had been exploiting and intimidating people for years, in the November 2002 election and those people will never be back in power again," he said.