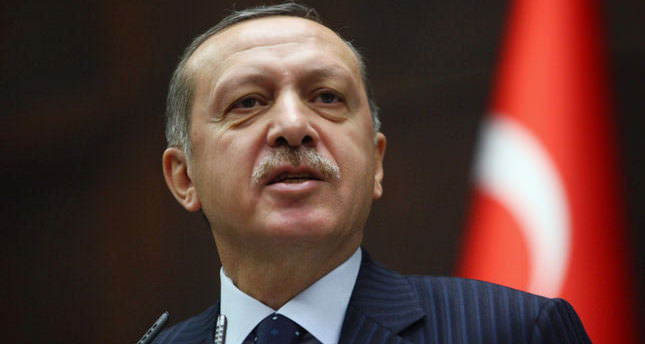 by Nurbanu Kızıl May 13, 2014 12:00 am
ANKARA — Discussion about the resignation of Prime Minister Recep Tayyip Erdoğan is increasing as the presidential election approaches. While some argue the prime minister should resign from his position in the event that he is nominated as a candidate, others argue that legal and ethical provisions do not compel him to step down based on the Constitution, legislation and other legal provisions. AK Party deputies who are legal experts argue that the prime minister can run as a presidential candidate without resigning from his position.

The deputies also state that those who want to prove otherwise are attempting to create disputes and discussion. This legal article requires the resignation of judges and prosecutors, professors, members of the Higher Board of Education and the Radio and Television Supreme Council, public servants, members of local and provincial councils, and those who work at public banks from the moment candidates are announced to the Supreme Election Board (YSK). AK Party deputy from Istanbul and legal expert Bülent Turan stated that the solution to resolving this issue can only be based on legal provisions as with any other steps taken by the administration.

In an interview with Daily Sabah, Turan said the relevant provisions regarding the status of presidential candidates are specified under the Presidential Election Law no. 6271, and Article 11 of this law states that a candidate affiliated with a political party does not have to resign from their position in their party. "As we have experienced in previous presidential elections, the prime minister can preserve his position until he is elected president," said Turan, adding that the prime minister's preference not to resign would not be against political ethics for a number of reasons. For instance, a candidate running for president needs the signatures of 20 deputies, which would imply that he or she is running under the party where they receive most votes. "This was evident when previous presidents including Ahmet Necdet Sezer and Süleyman Demirel did not step down from their positions as president of the Constitutional Court and prime minister, respectively," he added. "Those who want the prime minister to resign are intimidated by the fact that he will become the president with an overwhelming majority," said Turan, noting they mistakenly believe Recep Tayyip Erdoğan would not win the election if he did not run as an AK Party candidate. He went on to state that those who will vote for Erdoğan will vote for him irrespective of his party because he is a competitive leader.

Burhan Kuzu, president of the Constitutional Committee, also stated that the laws and provisions do not put any restrictions on the prime minister's position. He also referred to Ahmet Necdet Sezer's candidacy when nobody called on him to resign even though he was a bureaucrat. Ahmet İyimaya, the president of the Justice Commission of the Turkish Grand National Assembly (TBMM), said the provisions state that the political party ties of a presidential candidate automatically cease and his or her membership in the TBMM comes to an end. İyimaya also noted that the provisions pertaining to the election of the president by the people were organized in 2007 and he did not anticipate the need for the resignation of a presidential candidate.

Accordingly, others also argue that the prime minister should resign because ministers including the justice, interior and transport ministers are required to resign during the general elections. "This is an ineffective and illogical practice coming from the 1950s and 1960s which is unprecedented anywhere in the world," said Şentop, who noted it should also be renounced in Turkey for its primitive and illogical groundings.

Devlet Bahçeli, the leader of the Nationalist Movement Party (MHP) previously stated that a prime minister running for president should resign for a fair presidential election but did not refer to any legal provisions to support his claims.

Recently, Deputy Prime Minister Beşir Atalay criticized opposition parties for meddling in potential AK Party candidates and stated that the AK Party is not planning to ask anyone's opinion and will determine their candidate on their own terms. "The opposition is more occupied with our candidates than their own,"

Atalay claimed, noting that there are no provisions restricting the prime minister from running for president as evidenced by the legislation.
On the other hand, the laws state that the prime minister cannot start serving as president until Aug. 28, which is the official date marking the start of his duty even if he was to be elected prior to this time.

In the case that Recep Tayyip Erdoğan is elected president, he would only be able to give his mandate to a deputy for a temporary period of time and a new government would have to be formed shortly thereafter with a new cabinet and a prime minister. The upcoming presidential elections will be the first time that the Turkish people will be able to vote for their president as in the past the president was
elected by the Parliament.

Presidential Election Law, they claim the provisions pertaining to "Resignation and Returning to Work" explicitly outline the requirements for candidates who need to step down from their positions.
RELATED TOPICS