President Gül to visit China on May 16 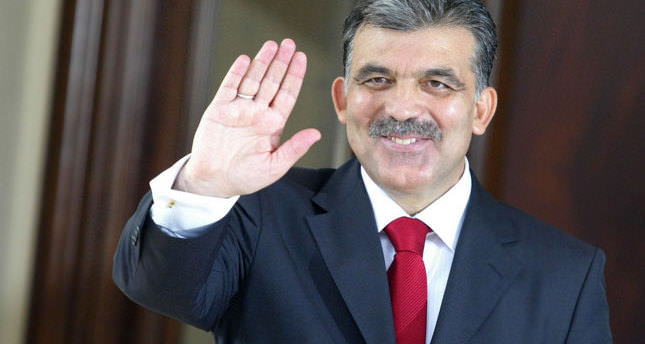 by Daily Sabah May 13, 2014 12:00 am
ANKARA — President Abdullah Gül will pay an official visit to China. The visit will last from May 15 to May 21. The president will hold meetings and sign agreements to improve bilateral relations between the countries in terms of trade. Envoys will also discuss international and regional developments. In addition, Gül will attend the Conference on Interaction and Confidence Building Measures in Asia (CICA). According to sources, the president will discuss the ongoing long-range missile issue with Chinese officials.

According to Anadolu Agency, the Chinese government has declared that they hope the tender between Turkey and China for a long-range missile defense system would not be politicized. Chinese Ministry of Foreign Affairs Spokesperson Hua Chunying pointed to comments implying that the U.S. and NATO put pressure on Turkey due to the missile tender, and she was asked about the opinion of the Beijing government on the issue. She noted that the missile tender between the two countries is "an ordinary, military commercial cooperation." Hua highlighted the cooperation between Turkey and China and said, "We hope any ordinary, military commercial cooperation would not be politicized."

Last September, it was decided that agreement negotiations were to be started with the Chinese company CPMIEC within the framework of the long-range missile defense tender in the Defense Industry Executive Committee. Recently, especially in the Chinese media, comments popped up implying that Turkey is considering other options for the missile tender due to the pressure by the U.S. and NATO.

Turkey, a NATO member since 1955, announced in September that it would buy an FD-2000 missile defense system from China. Turkey was criticized for not buying the longrange missile from a NATO member state.
Last Update: May 14, 2014 1:39 am
RELATED TOPICS