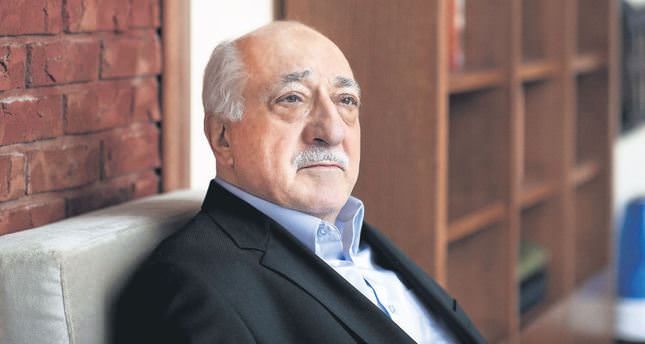 The illicit dealings of Gülenist schools in the U.S. funded by federal money, and its efforts to placate top officials result in activists mobilizing to uncover the group's shadowy actions

WASHINGTON, D.C. — Two years ago a labor dispute at a local school in Chicago attracted the attention of Tim Furman, an activist and a professional in the education sector with over 30 years of experience. At first it seemed like a usual problem within the school but something changed his mind. Furman discovered that the board of the Chicago Math and Science Academy consisted only of Turkish men. "It was strange to see a publicly funded charter school with a board comprised solely of Turkish-American men," he said. "A little bit of research confirmed that the school was part of a large network of schools and that it was almost certainly connected to a religious movement from Turkey." This is how Furman discovered the existence of the Gülen Movement in the U.S. which is running at least 140 schools, mostly under the names of Horizon, Harmony and Magnolia, and teaching over 60,000 American students, according to the National Alliance for Public Charter Schools' (NAPCS) online statistics for the 2012-2013 academic term.

The Gülen Movement is famous for its worldwide private schools but the U.S. is the only country where they were able to open these institutions with public funds under the label of charter schools. The privatization of public schools is an ongoing debate in the U.S. and usually an issue being criticized in leftist circles. A grassroots reaction by parents is increasing by the day and solidarity among educators prompted wider resistance against such schools in many states. The Gülen Movement is under the spotlight of anti-charter school activists for certain reasons, partly "because it is inappropriate for the publicly funded schools of America to be closely connected to a foreign political actor, a religious movement, and a secret society in general," Furman stated.

The movement is led by a controversial imam living in rural Pennsylvania in selfimposed exile, who is at odds with the Turkish government over the influence he wields inside the Turkish police forces and top judiciary. Prime Minister Recep Tayyip Erdoğan recently requested the extradition of Fethullah Gülen both privately and publicly from the Obama administration and accused Gülen of perpetrating an effective judicial coup against the Turkish government before the local elections last March. By winning the elections with support of up to 45 percent of the public, Erdoğan strengthened his hand against Gülen and vowed for a crackdown against the "state within the state" which was allegedly created by cleric's followers.

The extradition request is closely monitored by activists, including Sharon Higgins, an independent education blogger from Oakland, California. She has been blogging about Gülen-linked schools since 2008 and an article of hers was published by the Washington Post, citing numerous problems with these institutions. "The concerns raised about the charter schools in the Gülen network have related to questionable admissions practices; the channeling of school funds to close associates; abuse of contractors; participation in the biased Gülen Movement created competitions; incidents of bribing; using the schools to generate political connections; science fair projects being done by teachers; unfair hiring and termination practices; and more," her article reads.

Her blogs, "Charter Schools Scandals" and "The Perimeter Primate," are functioning as a watchdog over Gülen's activities in the U.S. But her powerful activism has drawn a backlash from Gülen's anonymous supporters on the Internet. Numerous websites including "getthefact.com and gulen-charterschools.com" have launched a campaign against Higgins in response to her tireless documentation of Gülen-related scandals. "They do not want Americans to know about their involvement in so many charter schools. If Americans were fully aware, the flow of tax dollars into the hands of the GM would slow to a trickle," she said.

Some Gülenist legal threats have been directed at the group Citizens Against Special Interest Lobbying in Public Schools (C.A.S.I.L.I.P.S.), forcing members of the group to hide their identities. The editor of the "Turkishinvitations.weebly.com" refused Daily Sabah's request of interview, citing "serious concerns about the Gülen Movement's retaliatory tactics." A source said that a C.A.S.I.L.I.P.S webmaster was targeted by a cyberattack because of "her" criticism of Charter Schools. According to an International Business Times article published on June 5, 2013, "an American woman" had received a highly-tailored spear-fishing email purporting to be from a Harvard professor who has studied the Gülen Movement.

Similar accusations against the movement were raised by Prime Minister Erdoğan, after he revealed that his encrypted phone was wiretapped back in last December. But these threats did not prevent activists from watching the Gülen Movement very closely and even organizing a webinar to inform wider audience, named "Gülen 101."

Sharon Higgins, creator of "Gülen 101," has highlighted the connection between U.S. Secretary of Education, Arne Duncan and the Gülen Movement in her writings. A biography of Duncan reveals that he has accepted two awards from organizations tied with the movement, including one in 2007, when he was the CEO of Chicago Public Schools. The award was given to the Chicago-based Niagara Foundation. The second award was given in 2012 by the Washington D.C.-based Rumi Forum. Higgins thinks many influential people who have accepted awards are not aware of the connection with the Gülen Movement. Furman agrees, "These awards are clearly part of a pattern to cultivate the good will of American policymakers toward the Gülen Movement." The Gülen Movement is even organizing free trips to Turkey for members of Congress and State lawmakers. A LegiStorm search shows that between 2000 and 2014, over $3 million was spent for American lawmakers' trip to Turkey. Detailed inquiries have shown that almost every journey was organized by Gülen-tied associations.

Activists are not very hopeful concerning the American public's view of the Gülen Movement. "Even to this day, if I stood in front of the [Chicago] school and asked 100 people if they knew the school is connected to the Gülen Movement, 99 or 100 people would not know," Furman stated. But responses like that have made Furman and others work harder to keep up their reporting on the movement.
Last Update: May 13, 2014 3:53 am
RELATED TOPICS