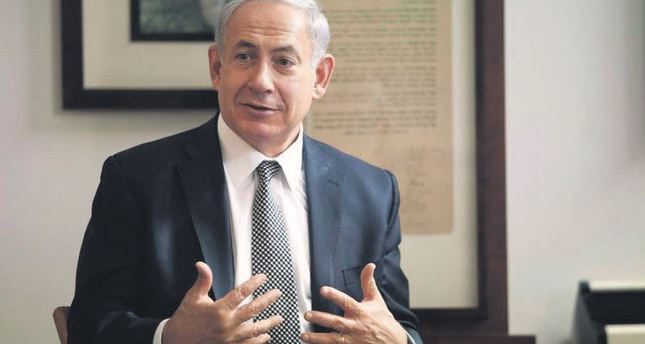 ANKARA — Israeli media outlets reported last weekend that the Israeli government was waiting for Prime Minister Benjamin Netanyahu to return from Japan on May 16 to finalize the compensation deal with Turkey.

In response to the news, Turkish Foreign Minister Ahmet Davutoğlu said on Monday, "We hope that in the coming days the Israeli side will take a positive attitude with regard to the progress already achieved, so that we can have a final result." However, Israeli newspaper. The Jerusalem Post reported on Thursday that Netanyahu is expected to convene a high-level meeting by the end of the month to decide whether to approve an agreement. According to the paper, Israeli diplomatic officials stated that the meeting will include the relevant ministers and officials who have been involved in the negotiations with Ankara. It also added that lifting the Gaza blockade, originally a key demand from Ankara, will not be part of the normalization agreement.

Last week, sources from the Turkish Ministry of Foreign Affairs remarked that Netanyahu had been delaying the approval of a compensation agreement. "It seems that Netanyahu's hesitance is due to domestic political concerns. Israel suspended peace talks with Palestinians after the Fatah-Hamas deal and Netanyahu may think that approval of the compensation agreement could weaken his hand in domestic politics," a source added. The Turkish official also added that ratification of the reconciliation agreement is not on the agenda for at least a few weeks.

On the other hand, diplomatic relations between the two countries continue in different areas. Israeli President Shimon Peres sent a letter of condolence to his Turkish counterpart Abdullah Gül after Tuesday's coal mine accident in Soma which claimed hundreds of lives. "I wish to extend my deepest condolences, and those of the people of Israel, to your country on the tragic accident in Manisa," Peres stated in his letter. "We are all shocked at the loss of life of innocent people at work and our thoughts are with the people of Turkey. At times of tragedy we must all do what we can to help one another and we have offered Turkey whatever assistance you require at this time." Moreover, the Israeli Embassy in Ankara has cancelled its belated Israeli Independence Day ceremony in a sign of solidarity with Turkey.

In March 2013, Erdoğan and Netanyahu agreed to normalize relations after a three-year deadlock. Both countries have reportedly made full preparations for the normalization of diplomatic relations.
RELATED TOPICS