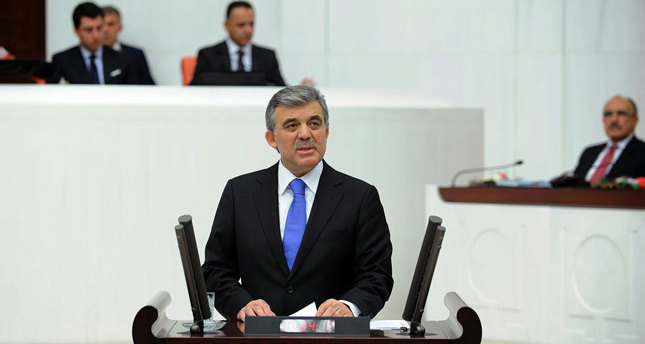 by Daily Sabah May 16, 2014 12:00 am
ISTANBUL — President Abdullah Gül along with Parliament Speaker Cemil Çiçek recently visited Soma, where a blast took place in a coal mine, killing over 280 workers late Tuesday.

The officials went to see survivors who were being treated at Akhisar Hospital, followed by a visit to a coal mine in the Eynez region and later inspected the scene at the Soma Coal Mine. In a press statement following the inspection, Gül noted Soma was facing a major disaster and stated the government was doing everything in its power following the disaster, and rescue efforts continue uninterrupted despite inspections and visits.

"Unfortunately, ours is a great loss. The pain of each family and human is our own, and I would like everybody to know that the loss of one person means the end of the world for his loved ones," said Gül, who emphasized the need for everyone to cooperate and stand in solidarity as a nation. Gül also indicated it was crucial for Turkey to revise its work laws and regulations and take comprehensive precautions, as such incidents are minimal in developed states.

"We have recommendations under this scope as the State Supervisory Council," said Gül, who stated they would take all necessary measures to prevent such a tragedy from reoccurring in the future. The president also expressed his condolences and prayers for the victims and their loved ones and stated the government will try its best to heal their wounds.

President Abdullah Gül, who went to Soma yesterday, said the state was ready to do everything in its power to help the people of Soma in their hour of need. Gül said the government would ensure such tragedies would not be repeated ever again.
Last Update: May 16, 2014 1:51 am
RELATED TOPICS