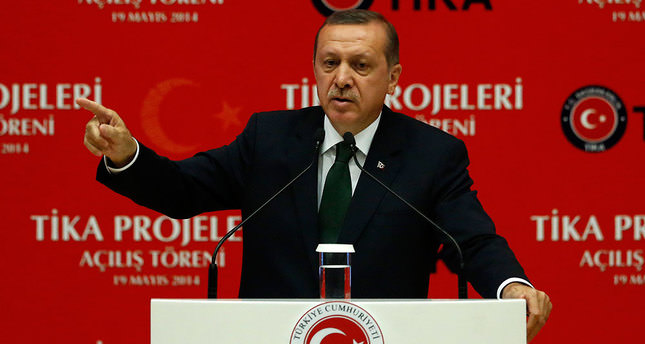 ISTANBUL — Prime Minister Recep Tayyip Erdoğan criticized and condemned Yılmaz Ozdil's speech directed towards 301 workers who were killed in the coal mine in Soma. "We are a nation with a conscience and such a nation would undoubtedly have a state with a conscience," Erdoğan exclaimed and added "There are unfortunately heartless individuals who do not have a bit of humanity left in them and lack the ethical values to sympathize with those who suffer."

He condemned Ozdil for making remarks that miners deserved to die because they supported the AK Party. The prime minister also denounced the media giant Ozdil works for pointing out that the columnist was not dismissed or given a warning for his remarks.

Among those who criticized Ozdil include Energy Minister Taner Yıldız, Deputy Prime Minister Emrullah İşler, AK Party Deputy Chairman Salih Kapusuz, Bulent Turan who is an AK Party Deputy from Istanbul and numerous individuals who have lost loved ones in the Soma tragedy. "We cannot tolerate such ruthlessness" Taner Yıldız said, who stated Ozdil has recklessly exploited freedom of the press by attacking the dignity of the workers and openly promoting hostility towards them. The Minister of Energy claimed Ozdil's views were an expression violating the ethics and principles of journalism as well as the dignity of human life. İşler stated that Ozdil's "heart is darker than coal" and called prosecutors to lay hate crime charges against him.

On the other hand, Kapusuz stated that the remarks are the product of a fascist mindset which ruthlessly justifies the killing of workers based on their political ideologies. Bulent Turan, a deputy and a legal expert has personally filed a criminal complaint to lay charges against Yılmaz Ozdil. "Claiming some people are worthy of dying based on the party they vote for is a clear violation of Article 25 of the Constitution" said Turan, who expressed on his Twitter account that it was completely immoral and stated he would take legal action.
Families of the victims of the Soma tragedy have reacted against Ozdil and condemned him.

Halil Coşkun, the father of İsmail Coşkun who died in the coal mine, said that they would like to complain about Ozdil's brutal remarks. "Ozdil is a disgrace to all of humanity. What kind of remarks are those? Our nation's hearts are burning with pain, how can he make such remarks?" said Coşkun, who continued by saying "We are all human, only a human can know the value of humanity" and called Prime Minister Recep Tayyip Erdoğan to take necessary action. İsmail Coşkun's aunt Nurhayat Pehlivan was another to harshly criticize Ozdil.

"Our suffering is immense and I beg the officials to take necessary action for Ozdil" said Mrs. Pehlivan.

Hurriyet columnist, who received significant backlash for his remarks on the tragedy that occurred in Soma, killing 301 mineworkers had said, "The workers who died in the mining accident are those who were paid and carried to Prime Minister Tayyip Erdoğan's campaign meetings [During the local elections]. The AK Party put money in their pockets so they could cheer for the party. I think the accident was not unusual and I would say it served them right."

One other previous discriminatory remark by Ozdil was when he called the victims of Uludere incident "mules." He recently responded to the criticism by saying "I don't give a damn" and stated he would only kneel when dancing zeybek, putting the blame on the media.
Last Update: May 20, 2014 9:02 am
RELATED TOPICS