Deputy PM: No way to conceal the investigation 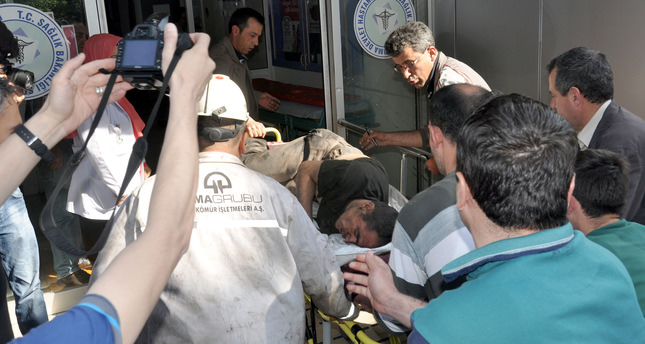 by Daily Sabah May 21, 2014 12:00 am
ISTANBUL — In a press conference in the Grand National Assembly (TBMM), Justice Minister Bekir Bozdağ said that "the regulations and laws for accidents like Soma are very clear in terms of punishing the perpetrators and responsible officials." After saying that 28 prosecutors were employed for the accident alone, he added that "the company officials were arrested. The witnesses have testified. The evidence is gathered. The indictment will be released and the judgment will be launched."

The minister also said that "nobody should be worried about the transparency of the investigation. There is no way to conceal the investigation. The judges will give fines to the perpetuators according to the law." Meanwhile, Interior Minister Efkan Ala said, "We try to sustain stability and peace in our country to offer our people a better atmosphere." Touching on the protests in Soma against Prime Minister Recep Tayyip Erdoğan, Ala stated, "We are taking precautionary measures to prevent violent protests; yet we cannot share the intelligence information with the public, naturally. We only aim to offer the best public services to our people. We know that the Turkish people are unhappy with the violent protests as the protesters threaten the peace in society.

Legal work is also being carried out to define the term 'martyrdom' in Turkish law, according to the country's Minister of Family and Social Policies, Ayşenur Islam. With the intention of declaring those who lost their lives as martyrs, Islam told reporters in the parliament on Tuesday that there is no legal definition of 'martyrdom'. Regulations will now be put in place with the help from current words and terms in the law. Mines and stone quarries appear as some of the most dangerous places to work in Turkey, according to government statistics. Since 1941, more than 3,000 people have died in Turkey and more than 100,000 have been injured in mining accidents, figures from Turkey's statistics agency show.
Last Update: May 21, 2014 1:39 am
RELATED TOPICS