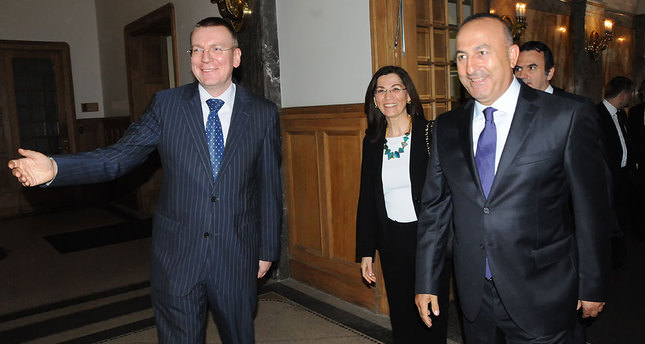 Çavuşoğlu at a joint press conference with Latvia's Foreign Minister Edgars Rinkevics in Latvia's capital, Riga, continued saying that Turkey wants to increase its economic relations with Latvia while Rinkevics said that the two countries have always had a strong relationship and supported Turkey's EU membership bid.

"Mr. foreign minister told me that Latvia will do their best on supporting Turkey's bid and the opening of chapters 23 and 24," Çavuşoğlu added.

"We want new chapters to be opened in Turkey's membership process," said Rinkevics.

Asked about Latvia's support for Turkey's non-permanent membership bid to the UN Security Council, Rinkevics said they had not decided on this issue yet.