Kurdish village gets back name 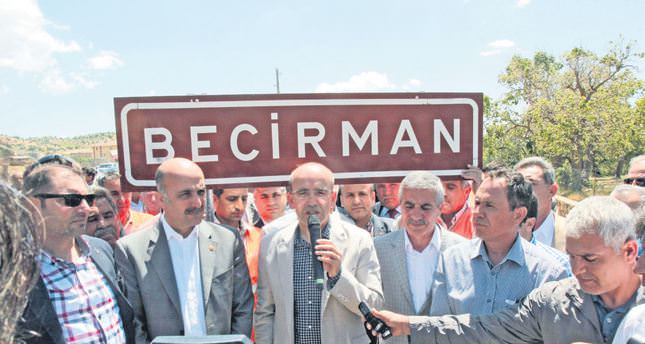 by Daily Sabah May 26, 2014 12:00 am
ISTANBUL — Finance Minister Mehmet Şimşek attended the ceremony where the village of Vergili in the northeastern province of Batman reverted to its original Kurdish name of "Becirman." Due to reforms passed in recent years, the region's people can replace the state-sanctioned
settlement names with the originals.

Turkey is officially returning the original names of villages, which have been systematically replaced with Turkish names since the 1920s, as part of democratization efforts aiming to widen the scope of rights and freedoms and improve democratic standards. Most recently the name of the village Vergili, located in Batman, was replaced by "Becirman," its original Kurdish name.

According to official records, almost onethird of villages with Turkish names have been restored to their Kurdish names by the government. Turkey's Minister of Finance Mehmet Şimşek at a formal ceremony in Batman said that the AK Party government sees differences as cultural richness instead of a threat and expressed they have ended the policy of denial, ignorance and assimilation through the democratization package and the reconciliation process.
RELATED TOPICS