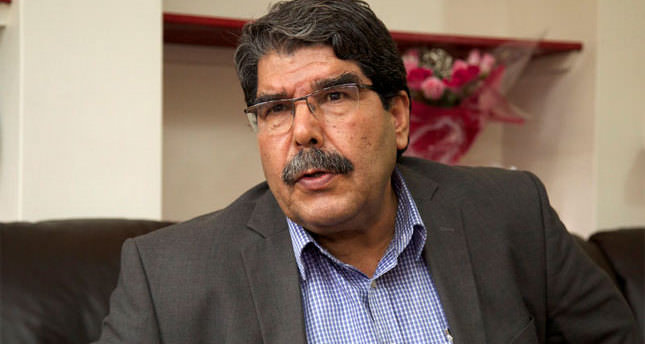 by May 27, 2014 12:00 am
ISTANBUL — Syrian Democratic Union Party (PYD) Co-Chairman Salih Müslim said that his party supports Turkey's peace process that began between Ankara and the Kurds in 2013 while offering an open opportunity for future dialogue. Müslim added that there has been a Kurdish-phobia in Turkey and that the country has not completely overcome the issue. Stating that Turkey is important for Syria, Müslim said, "There is no other way except a peace process. But, Turkey should be more courageous for the process." Turkey has sped up its efforts to ensure a peace process recently. Adopting a democratization package that aims for better rights and freedoms, the Turkish government allows for education in private schools to be conducted in languages other than Turkish as well as political campaigning.

In addition, the legislation allows former non-Turkish names of villages and neighborhoods to be reinstated.

The new law says that Turkish citizens can open private institutions to provide education in languages and dialects they traditionally use in their everyday lives, on the condition that the schools are subject to the provisions in the Private Educational Institutions Act and are inspected by the Ministry of National Education. As the latest example of the peace process, Turkish Finance Minister Mehmet Şimşek attended the ceremony where the village of Vergili in the northeastern province of Batman reverted to its original Kurdish name of "Becirman." According to official records, almost one third of villages with Turkish names have been restored to their Kurdish names by the government.

Speaking to Anadolu Agency (AA), Müslim also touched on the on-going civil war in Syria and long-continued efforts to reach a solution.

"This is the fourth year of the Syrian crisis, but the dictator [al-Assad] is still at his post, no one has removed him from his post," Müslim said. "It means that there are wrong moves." Müslim alleged that the Western countries supported wrong oppositions in Syria.

Reiterating that the Geneva II talks that were held in January to end the Syrian crisis by bringing together the Syrian government and the Syrian opposition to discuss clear steps toward a transitional government for Syria, Müslim stated that the international community participated in the conference, but they were no representatives of Syrian citizens. He added that the Kurdish issue was also among subjects that were not discussed.

Regarding the meeting of Friends of Syria Core Group in England on May, 15, the PYD leader said that the participants decided to increase support to moderate opposition, but the decision was open-ended.

"We [PYD] have been moderate since the beginning. We are the moderate opposition, but no one considers it."

Regarding criticisms that the PYD gave the upper hand to the Assad regime by staying away from compromise with other Syrian oppositions, Müslim said that those criticisms are all smear campaigns against the PYD.

"We [PYD] are not soldiers that serve others, we defend ourselves," Müslim said. "We have adopted this strategy since the beginning. We still engage in clashes with the Assad regime in certain parts of Syria."

When asked his comments on certain countries that call for a "Syria without Assad," Müslim said that the future of 24 million people [Syrian people] cannot be tied to Assad and the regime will never be as it was before. Müslim claimed that if the Assad regime had not adopted wrong policies and had paid attention to its own people, the current opposition would have not been in Syria.

Regarding whether Kurdish people will participate in Syria's presidential election that is expected to be held at the beginning of the upcoming month, Müslim said that the regime forces are not in Kurdish regions now so there will be no ballot box in those regions.

"Election results will not be sound because most Syrians have fled and there is still an on-going war in Syria."

Regarding the future of the Kurdish people in Syria, Müslim claimed that Kurdish people have been living in Kurdish regions of Syria for thousands of years and they want to live with their own identity, freedom, but the only way for it is a democratic Syria.
Last Update: May 27, 2014 3:01 am
RELATED TOPICS