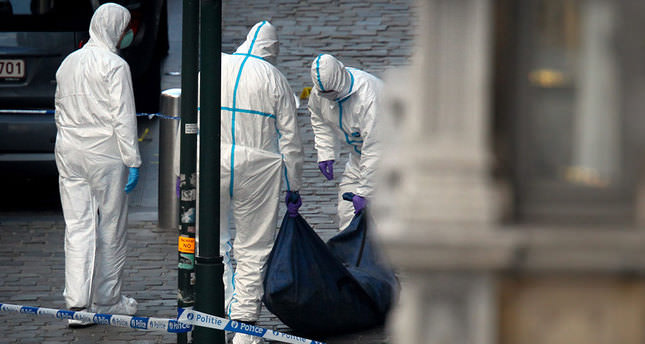 by AA May 29, 2014 12:00 am
ANKARA — Turkey has condemned an attack on the Jewish Museum in Brussels that killed four people on Saturday.

It also said Turkey hoped the attack was not related to "racist or anti-Semitic" motives.

"Or else we will be very concerned over the result of the latest EU Parliament elections, which was very disappointing," the statement added. The elections last week saw right-wing parties gain ground in several nation states across the 28-member bloc.

Police have released images of the as-yet-unidentified attacker, showing him entering the building with his face covered, taking out a Kalashnikov rifle and firing it numerous times.

According to police, the suspect acted alone and was "prepared" for the attack, after which the terror alert level at Jewish sites in Belgium was raised to 4, the highest level.