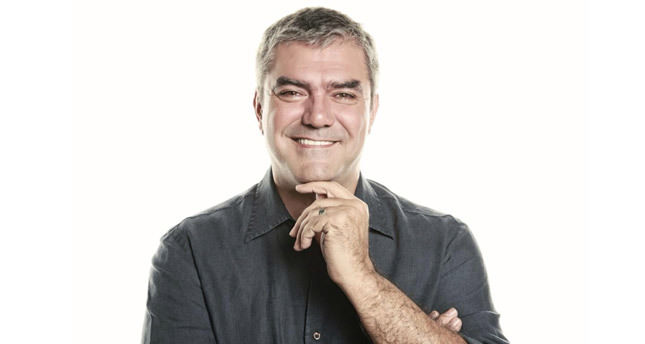 by Daily Sabah May 30, 2014 12:00 am
ISTANBUL — Yılmaz Özdil, a journalist at Hürriyet newspaper, has received a significant amount of criticism from numerous individuals including the minister of energy and the deputy prime minister, for his recent hate speech in a televised interview about the tragedy that occurred in Soma, killing 301 mineworkers.

"The workers who died in the mining accident are those who were paid and transported to Prime Minister Tayyip Erdoğan's campaign meetings [during the local elections]. The AK Party put money in their pockets so they could cheer for the party. I think the accident was not unusual and I would say it served them right," stated Özdil. He claimed that those who died in the incident deserved to die because they allegedly supported the AK Party, a clear expression of hate speech directed toward a group supporting a political ideology and clearly in contravention of the Universal Declaration of Human Rights and numerous sections of the Turkish Penal Code including Articles 5237 and 3984 that prohibit the spread of speech inciting hatred and violence toward a race, religion, language, nationality, gender, sect, region and political ideology.

Özdil made his remarks on a TV program aired on Halk TV. According to RTÜK officials, the Radio and Television Supreme Council (RTÜK) imposed a monetary fine of TL 11,000 on the TV channel for not preventing Özdil from making the hate speech. The officials also stated that Özdil's speech ignited anger in the public and clashed with the Turkish people's values.