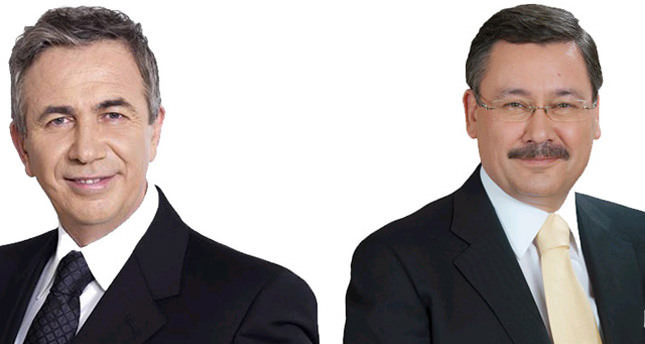 by Daily Sabah May 30, 2014 12:00 am
ISTANBUL — Turkey's Supreme Election Board (YSK) announced on Wednesday why it rejected the main opposition Republican People Party's (CHP) appeal regarding a cancellation of the March 30 local elections in Ankara.

In April, the CHP filed an appeal to the YSK to cancel the local elections in Turkey's capital city Ankara where AK Party Ankara Mayor Melih Gökçek was elected for a fifth-consecutive term and CHP candidate and former Ankara Beypazarı District Mayor Mansur Yavaş, lost the election by a narrow margin. Demanding the cancellation of the election, the CHP alleged that Interior Minister Efkan Ala and certain minister officials intervened in the election counting process. However the YSK's decision read that the CHP did not present any evidence that supports the alleged intervention and there had been no official appeal to the election boards regarding the intervention.

Regarding the CHP's allegations, the YSK stated that the CHP was aiming to raise concerns in voters' mind over the legitimacy of local elections without presenting any concrete information and documentation.

The CHP's appeal includes the allegation that 2,908 election records were not officially sealed and the CHP demanded those records be cancelled. Responding to the appeal, YSK reported that having no seal on an election record is not grounds for a cancellation, but is rather a deficiency that can be noted.

"What is important is to transfer the election records to the official bodies including, districts, cities and Computer Aided Voter Registration System (SEÇSİS) correctly with an original signature. There is no official allegation in election result records that parties change ballots," YSK said.

YSK highlighted that officials who were in charge during the voting process had been trained before local elections and stated that allegations that those officials did not properly inform voters and influenced voters' behaviors were not credible. Regarding the CHP's allegation that temporary bans on Twitter and certain media outlets' publication prevented the election process from being sound during election campaigns, YSK stated that the ban was not a valid reason to cancel the local election since it covered the entire country. There was a contentious race in Ankara between AK Party candidate Melih Gökçek and Mansur Yavaş, who is currently affiliated with the CHP and formerly the Nationalist Movement Party (MHP). The AK Party received 44.7 percent of the vote and CHP received 43.8 percent.