We won't be deceived this time, says Alevi leader 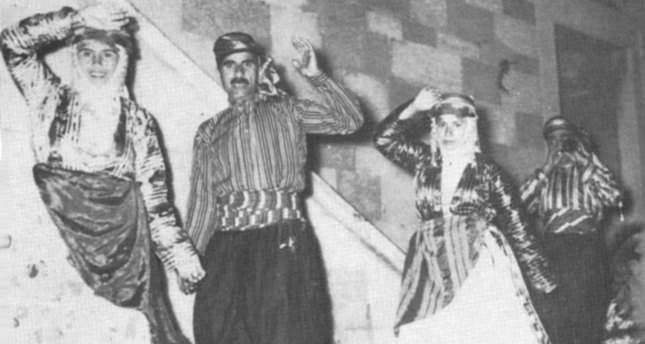 by Daily Sabah May 31, 2014 12:00 am
ISTANBUL — Fuat Mansuroğlu, the head of the European Ahl-Al-Bayt Alevi Federation has commented about the current state of Alevis and noted there are efforts to create tension between Alevis and the AK Party and there is no clash between the country's Alevis and Sunnis. "The Alevis will not be deceived this time," said Mansuroğlu, who referred to Prime Minister Recep Tayyip Erdoğan's recent visit to Germany and noted he did not approve of protests by the United Alevi Federation of Germany. "Such actions should not have been taken against the prime minister" said Mansuroğlu, who claimed there are foreign forces supporting a clash between Alevis and the government. He added that Alevis will seek to resolve their problems through discussions with the government rather than taking to the streets.

Mansuroğlu also touched upon the fact that Islam as a religion is not welcomed by some Europeans which was evident by the negative reactions Christian Wulff received from media outlets, politicians and all segments of the society when he claimed Islam is a part of Europe. "Now these European countries are preparing to officially recognize Alevism as a separate religion from Islam" said Mansuroğlu, who noted the sincerity of their intentions are disputable as Alevism cannot be separated from Islam. Moreover, he claimed the problems Alevis face in Turkey have not been resolved and as Alevis they would try to fight for their rights at the Turkish Grand National Assembly until the government responds to their demands. On the other hand, Fermani Altun, the president of the Global Ahlal-Bayt Organization, has said no Sunnis have attacked an Alevi village and no Alevis have attacked a Sunni village for 1,000 years and stated there were no problems amongst citizens who have lived peacefully for centuries. "We will not let provocateurs cast a shadow to our peace" said Altun, who expressed the resolution of the Kurdish issue has disturbed some individuals with a specific agenda and they were now trying to provoke the Alevi citizens against the government to create unrest.

Turkey is preparing to bring a new set of reforms designed to address the needs and demands of its Alevi citizens, as more Alevi leaders express their desire for a reform package and as Prime Minister Recep Tayyip Erdoğan in the upcoming weeks is expected to meet with Alevi deputies, ministers and representatives from Alevi nongovernmental organizations. According to AK Party sources, the meeting will be conducted under a framework determining the first steps that can be taken towards Alevis and two suggestions for a resolution will be coined. Accordingly, the Law on the Abolishment of Dervish Lodges and Zawiyahs is expected to be removed for the purpose of cemevis, which are Alevi community and worship centers where Alevi dedes conduct their activities, while a provision stating the "Cemevis are the cultural and religious centers for Alevis" will be added to the Law on Public Improvement. This provision in return will allow Alevis to establish new cemevis without having to go to the Interior Ministry, Directorate of Religious Affairs and municipalities to gain permission.
Previously, getting a grant to build cemevis has been an arduous bureaucratic process but the new provisions will allow Alevis to acquire permission to establish cemevis in a speedy manner through a process similar to mosques, where the applicant communities will directly apply to the Directorate of Religious Affairs. Emrullah İşler, the deputy prime minister responsible for the Directorate of Religious Affairs, in a televised interview has recently expressed the government will also be working towards the land appropriation process for cemevis, providing the needs of cemevis and the monthly salaries of Alevi Dedes. "There are many steps that will be taken" İşler stated, noting that the official reforms will be announced to the public once the work is finalized.
RELATED TOPICS