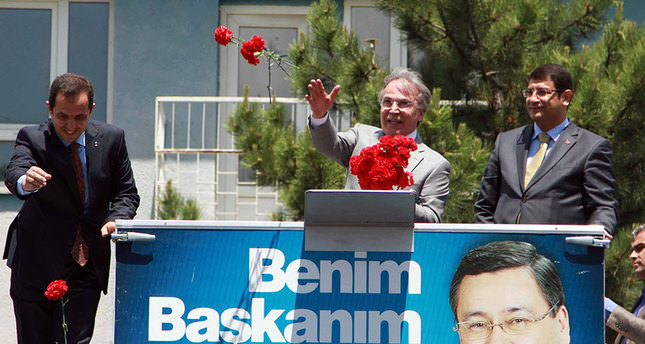 Current Prime Minister Recep Tayyip Erdoğan would be the first president bound to a political party Şahin said While addressing a crowd in Çankırı.

Şahin urged the public not to be uncomfortable with seeing the ballot box frequently, as the ballot box is an indication of democracy and public will. Şahin also reffered to the past saying "Some attempted to take the ballot box away from the public. They tried to suspend governments in ways which are far from elections. All the coups were attempted for this reason."

Şahin remarked that certain fractions of people do not favor Erdoğan to become president, wondering why they are concerned "Tayyip Erdoğan did great things, he changed the face of this country. Turkey has stepped into a new age in every fied with Erdoğan... We, as Ak Party, have a vision. We want Turkey to be among the top 10 developed countries by 2023."

Şahin also criticized those who call Erdoğan a dictator saying "This nation would never vote for a dictator. The people know exactly who Tayyip Erdoğan is and they know what they want. The public knows how much Erdoğan values human rights."