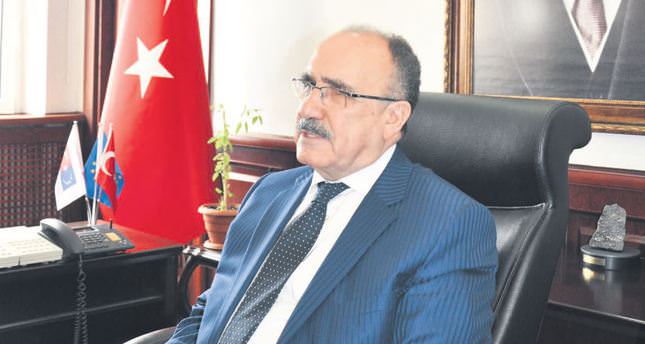 ISTANBUL — Deputy Prime Minister Beşir Atalay said the peace process with the Kurds that began in 2013 is continuing at full steam and the government agreed to adopt concrete and fast steps to further the peace process in a meeting held on May, 19.

Speaking in a televised interview aired on Kanal 7, Atalay stated that the peace process is the government's most important project and has been carried out with sincerity.

Referring to the March 30 local elections, Atalay said Turkey's eastern region witnessed a violence-free election on March 30 and the region has demonstrated it does not want to be subject to conflict or terror.

Atalay warned those who aimed to create a chaotic atmosphere in the region and added that those groups will ultimately lose since all related governmental bodies in the region have been working together to ensure the groundwork has been laid to complete the peace process. "In general, certain people are not happy with the peace process and are looking for ways to sabotage the process and we are on this issue."

When asked whether Abdullah Öcalan, the imprisoned leader of illegal PKK terrorist organization that took up arms against Turkey to carve out a separate state in southeastern Turkey, has the same determination for the process, Atalay said there has been no interruption in dialogue and the process is running its course.

Atalay said that should a declaration announcing that "President Gül will take the post of prime minister when Erdoğan is nominated as president" be made, it would relieve both the AK Party's grassroots and the nation.

When asked what happens if Gül does not accept a Putin-Medvedev model, Atalay said there can be other alternatives, but for now there is no definite decision on the issue.

Atalay further noted that what is important ahead of the presidential election is to ensure a safe and hopeful transition within the AK
Party.
RELATED TOPICS