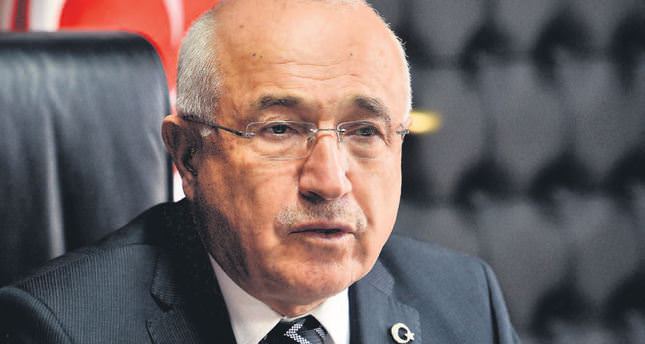 This week, the Turkish Parliament will investigate the corruption allegations against four former ministers. As part of the commission of inquiry, the AK Party will send representatives for the commission

ISTANBUL — The Turkish Grand National Assembly (TBMM) this week is expected to discuss a judicial legislation package consisting of 102 articles, an investigation motion submitted by the Republican People's Party (CHP) concerning Prime Minister Recep Tayyip Erdoğan and the establishment of a commission to investigate four former ministers who resigned from their positions following the Dec. 17 operation, which was allegedly orchestrated by the Gülen Movement.

While the TBMM will conduct a vote by secret ballot to determine whether or not a parliamentary investigation commission should be established, they will also discuss a proposed law which would place stricter penalties on people who sexually abuse children. In the event that the parliament fails to address all issues on their agenda, they will continue work on Friday and into the weekend.

Additionally, the Parliamentary Research Commission will announce what members have been named to the commission, its tasks and outline a framework for a bill on amending regulations of subcontractor and mining work.

Meanwhile Cemil Çiçek, the speaker of the TBMM, in a recent press conference said it is the first time a parliamentary investigation has not been conducted and a commission could not be established about the four ministers accused of corruption charges laid as a result of the Dec. 17 operation and noted the procedures should be conducted under the framework of the constitution, bylaws and precedents.
Emphasizing the idea that the assessment of the parliamentary investigation was being conducted on political rather than legal grounds, Çiçek stated that each individual can assess the issue at their own discretion however they want to, but the parliamentary investigation was a judicial procedure. "We requested that political parties designate members for the investigation," said Çiçek, who expressed that the three parties have already submitted their members while the AK Party still had not. "We have requested the AK Party to notify us with the names of their commission members both in writing and verbally," Çiçek stated, expressing his hope about receiving a speedy response to conduct the investigation.

Çiçek also stated that they have sent an informative notice on new members to the CHP and the Nationalist Movement Party and said they are expecting new members. In response to a question about the schedule of the commission, Çiçek stated the schedule is not outlined in the internal regulations and denied allegations that the schedule was intentionally being intertwined with the presidential elections on the grounds that such claims are politically charged and that the stance, attitude and actions of political parties are out of his personal control.
The Parliamentary Investigation Commission has been established following the Dec. 17 operation resulting in the resignation of a number of ministers and deputies accused of corruption charges filed by Gülenist prosecutors who pay allegiance to the U.S.-based controversial imam Fethullah Gülen, currently living in self-imposed exile. Among the ministers are former Minister of European Union Egemen Bağış, former Interior Minister Muammer Güler, former Minister of Environment and Urban Planning Erdoğan Bayraktar and former Minister of Economy Mehmet Zafer Çağlayan.

The Gülen Movement is currently accused of infiltrating state institutions through its members and attempting to topple the government as well as wiretapping thousands of people, including senior government officials, journalists, NGO leaders, academics and other prominent figures.
RELATED TOPICS