Yalova goes to CHP, Ağrı to BDP in repeat of local elections 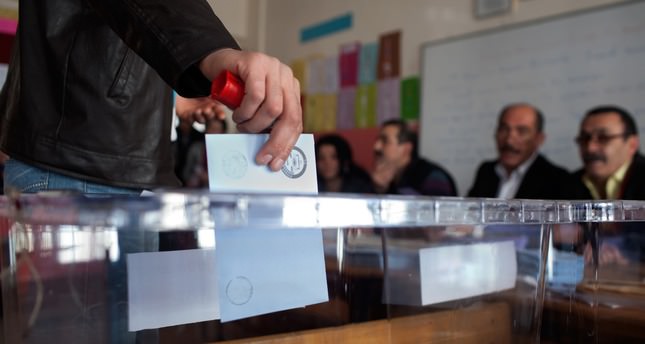 by Daily Sabah Jun 03, 2014 12:00 am
ANKARA — Citizens in 14 of Turkey's electoral regions went to the ballot box on Sunday as residents participated in a re-election after the Supreme Election Board (YSK) cancelled some of the results of the March 30 local elections. Marked as strategic electoral regions, Turkey's northwestern city of Yalova and eastern city of Ağrı witnessed a heated race between mayoral candidates. According to unofficial results in Ağrı, Kurdish-based left-wing Peace and Democracy Party (BDP) mayoral candidate Sırrı Sakık won with 51.3 percent, while Justice and Development Party's (AK Party) mayoral candidate Hasan Arslan came in second with 45 percent of votes.

Speaking after his election victory, Sakık said the reconciliation process that started in 2013 between Ankara and the Kurds is the actual winner of Sunday's election. "Kurdish people really care about peace; the only thing that makes us happy is the peaceful election atmosphere. We had doubts and concerns, but the election had no trouble at all."

Sunday's elections were held in a democratic and peaceful atmosphere in Ağrı compared to the March 30 elections when several recounts in the city resulted in a one-week protest between AK Party and BDP supporters in front of the city's election board. Statements from BDP and AK Party candidates and the YSK's decision to annul the elections defused tensions across the city.

In Yalova, AK Party mayoral candidate Yakup Bilgin Koçal and the main opposition Republican People's Party (CHP) candidate, Vefa Salman, were neck-and-neck until the end of vote counting. The unofficial results from Yalova suggest that Salman is the winner with 47.91 percent of the vote as AK Party candidate Koçal received 47.5 percent.

The change in the MHP's candidacy and the withdrawal of Kaplan, who is a popular figure in Yalova, upset the balance and made way for CHP's victory in the city.

CHP group deputy chairman and Yalova deputy Muharrem İnce spoke after the unofficial election results. İnce said the CHP did not ignore the fact that CHP did not gather votes of only Yalova residents who support the CHP on Sunday's election, it also received votes from other parties' supporters.

AK Party Vice President Abdülhamit Gül stated during the vote counting period that the main principle of the AK Party is its faith in the nation's will and they are respectful of the results. Gül said Sunday that they would contest the polls in Yalova, where it appears the victory will be decided by a margin well below 500 votes. "We have objections to around 800-900 votes," Gül said.

On his Twitter account, AK Party spokesperson Hüseyin Çelik stated that there is no difference in voters' behavior across the country and the CHP won as a result of the MHP's implicit support for the party. Çelik added that the AK Party saw a 4 percent increase in its votes on Sunday compared to March 30.

According to unofficial results, AK Party candidates won in three districts and two towns, with Musa İhsan Uğuz winning in the Çatalzeytin district of Kastamonu province, Mehmet Erol in the Buharkent district of Aydın province, Kazım Misafir in the Yeşilyurt district of Tokat province, and Çetin Mertoğlu in Eymir town in Yozgat province.

In a by-election held simultaneously with the re-runs, Hakkı Tekin of the AK Party was elected as the mayor of Gömü town of Emirdağ district in Afyonkarahisar province. The CHP also won in a district and a town, with İshak Gündoğan coming first in the Mahmudiye district of Eskişehir province and Dursun Uzunca in Aştavul town in Çorum.