US nominates new ambassador to Turkey 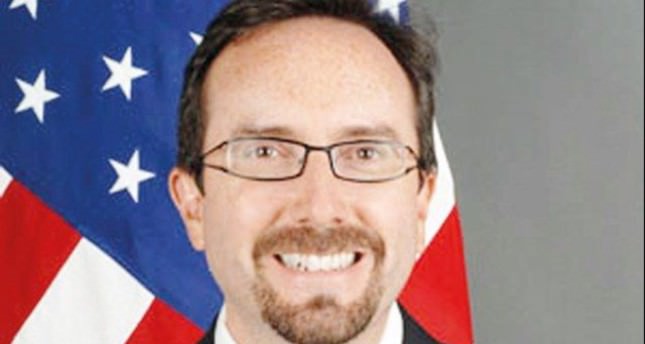 Bass was special assistant to Secretary of State John Kerry and succeeds Francis J. Ricciardone, who is due to leave his post in July. He still needs to obtain U.S. Senate approval before assuming his post.

Meanwhile, Turkey's ambassador to the U.S. delivered his first public speech on Tuesday following his appointment in January at the Washington-based American-Turkish Council that works to boost American-Turkish ties. "Turkey-U.S. relations are so important that no single-minded lobbies or diasporas can affect relations," Serdar Kılıç said. "Such lobbies and diasporas try to spread hatred, slander and disinformation instead of building friendship, harmony and cooperation."

He highlighted that Turkey and the U.S. work together in the fields of counter-terrorism, non-proliferation of weapons of mass destruction, energy security and sustainable development. "There will be differences of opinions between the two countries," Kılıç said. "However, as long as both countries have a mutual vision and target, this is absolutely normal."

He also urged called for Turkey to be included in a proposed free trade agreement between the U.S. and EU, which if completed would be the biggest bilateral trade deal in the world. U.S. Ambassador Ricciardone was also present at the 33rd annual conference of the American-Turkish Council.

Ricciardone, referring to the discussions in Turkey on the limits of freedom of expression and the balance between preserving personal space and state secrets and people's rights to disseminate them on social media, said, "Turkey will reach a decision on these issues." "I do not believe that Turkey faces any risks of reversing," Ricciardone said. "The question in my mind is: how fast will Turkey develop
and go forward?"
Last Update: Jun 05, 2014 1:00 am
RELATED TOPICS