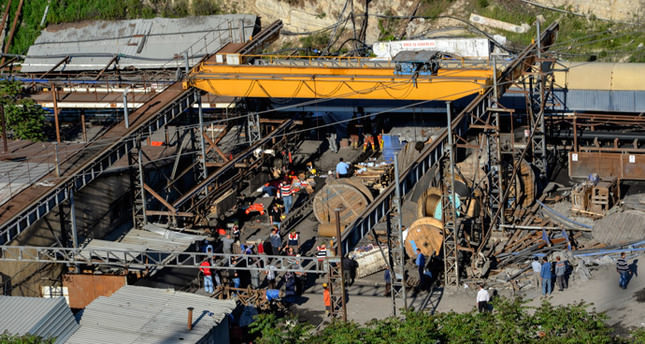 Erdoğan has also ordered the launch of a commission, including senior AK Party officials and experts in the labor ministry, to compromise with trade unions' representatives over the draft bill.

As part of the government aims to reach a compromise among laborers, employers and trade unions, the draft bill betters contract laborers' working conditions and prevents illegal employment. The representatives' demand that sub-contractor companies must be members of the Public Employer's Union is accepted and the draft bill stipulates that contract laborers will join trade unions and they have right to sign an association agreement.

Following Turkey's Soma mine tragedy that claimed 301 miners lives last month, the trade unions and Labor Minister Faruk Çelik were harshly criticized for not performing their duties and taking precautionary measures. The government is trying to strengthen rights of workers by passing a series of amendments after collaborating with trade unions to better the conditions of contract laborers and workers.
RELATED TOPICS