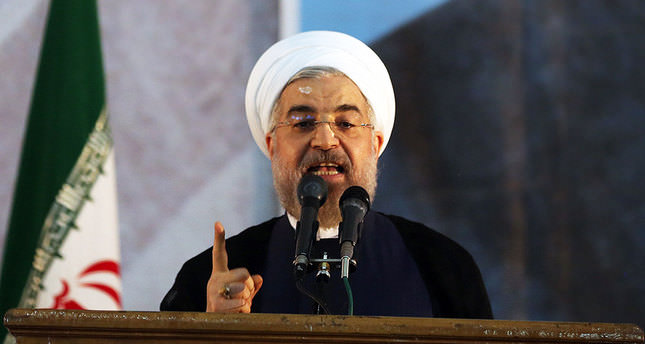 by Jun 09, 2014 12:00 am
TEHRAN — Iran's President Hassan Rouhani said on leaving for Ankara on Monday that he will discuss with Turkish leaders developments in Syria, an issue that has sharply divided the neighbouring countries.

Rouhani is on a two-day trip to Turkey, with eyes on restoration of once fruitful relations in trade and security.

"In recent months, we have witnessed positive developments in the region, particularly in Syria and Iraq," Rouhani said in remarks before leaving Tehran, the ISNA news agency reported.

"It is a necessity (for Iran and Turkey) to cooperate in all aspects, as well as issues regarding North Africa, Palestine and the Middle East," he said, without elaboration, adding that improvement of bilateral relations was of "importance" to the whole region.

Shiite Iran is the main regional ally of Syrian President Bashar al-Assad, but Sunni-majority Turkey has moved from trying to encourage reform in Syria to overtly supporting the armed opposition.

Rouhani on Monday congratulated Assad on his re-election for a third seven-year term last week, in a poll ridiculed by Syrian opposition groups and their Western and Arab backers.

In a congratulatory message, reported by the official IRNA news agency, Rouhani said the election was a sign of the "confidence of Syrian people" in Assad as well as a "move towards security, stability and national unity".