Top Foreign Ministry official to discuss region, Gülen in US 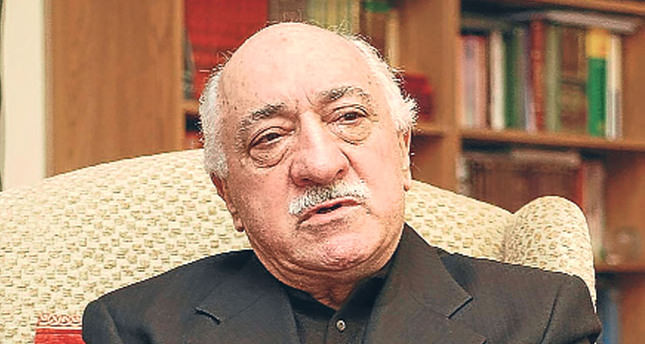 by Daily Sabah Jun 09, 2014 12:00 am
ISTANBUL — As part of a three-day official visit, Undersecretary of the Foreign Ministry Feridun Hadi Sinirlioğlu is expected to arrive in the U.S. today to hold talks with officials from the U.S. Department of State and National Security Agency (NSA).

Sinirlioğlu is scheduled to discuss Turkish- U.S. bilateral relations as well as regional developments. The sale of Kurdish oil through a pipeline to Ceyhan, civil war in Syria, violence in Afghanistan and the latest developments in Ukraine are among the issues on the agenda. It is also reported that the extradition of the head of the Gülen Movement, Fethullah Gülen, to Turkey may be discussed during Sinirlioğlu's visit. Gülen is accused of infiltrating into state institutions.

As a step forward in the extradition of the Gülen Movement leader, the Ankara Public Prosecutor's Office sent confidential information about Fethullah Gülen to the U.S.

Ministry of Foreign Affairs in May. The Public Prosecutor's Office has been investigating the December coup d'etat attempts by members of the Gülen Movement who infiltrated critical state institutions. Recalling the U.S.-Turkey bilateral treaty on extradition and mutual assistance in criminal matters, signed in Ankara in 1979 and enacted on Jan. 1, 1981, the office asked the U.S. Ministry of Foreign Affairs about the necessary procedures to be followed in requesting the extradition of a Turkish citizen, without mentioning Gülen's name.

Gülen lives in the U.S. with a lifetime residence permit thanks to a green card he was given by the U.S. However, that does not mean he has American citizenship. The organization is accused of three essential crimes: attempting to overthrow the elected government, attempting to overthrow the constitutional order, and espionage. The organization is also charged with the "establishment of a criminal organization, membership and management of a criminal organization, violation of privacy, illegal wiretapping, threat and blackmail."

Although the bilateral treaty does not include political crimes, the request for extradition is not expected to be hindered. On May 30, U.S. Ambassador to Turkey Francis Ricciardone evaluated the extradition issue after his farewell visit to Turkish Speaker of Parliament Cemil Çiçek. Ricciardone stated that the rift between the government and the Gülen Movement is a "family matter." "We are a friend of your family and we do not want to get involved in your family fight. I hope it will be resolved in a satisfactory manner," he added.
RELATED TOPICS