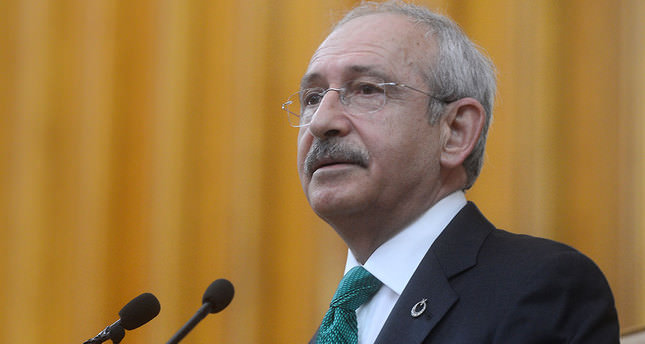 by AA Jun 11, 2014 12:00 am
Turkey's main opposition Republican People's Party (CHP) has resubmitted a motion to the parliament requesting the formation of a parliamentary inquiry committee to investigate allegations of corruption against Turkish premier.

On June 4, Turkish Parliament Speaker Cemil Çiçek returned CHP's motion that was submitted on May 28, saying the wiretapped recordings which were included in the motion was a breach of an article of the constitution on "freedom of communication."

CHP resubmitted the motion on Tuesday, this time without the wiretapped recording.

A number of phone conversations allegedly between PM Recep Tayyip Erdoğan and his son Bilal was leaked to some media outlets at the end of December 2013.

Erdoğan and his son were portrayed in one of the recordings as discussing hiding a large sum of cash upon news that sons of three other ministers were held over a corruption investigation launched that day.

Turkey's scientific watchdog TUBITAK announced on Friday that the recordings were fabricated.