PM Erdoğan not to leave post for presidential candidacy 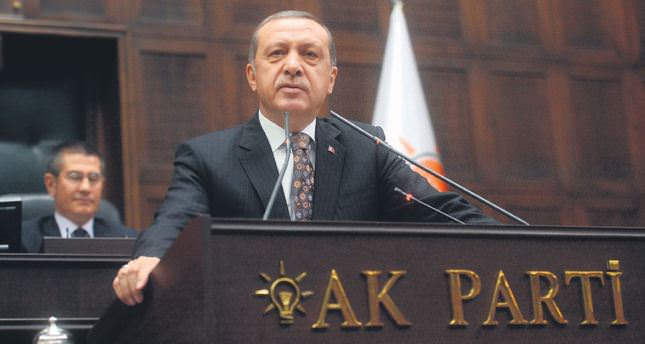 As Turkey will head to the polls to elect a new president on Aug. 10, the search for presidential candidates is heating up. The country's top election watchdog, the Turkish Supreme Election Board (YSK), yesterday released its latest decision on the presidential election. It announced that if municipality mayors decide to be nominated as a presidential candidate, first they must leave their post before July 2014. According to the YSK, the prime minister and parliamentary deputies do not have to leave their post to run for president, contrary to mayors, provincial chairmen and provincial council members. It was also reported that if the prime minister or deputies are not elected as president they have the right to continue their term. The YSK's decision was seen as giving the upper hand to Prime Minister Recep Tayyip Erdoğan's possible run at the presidency.

Amid already buzzing speculation about possible candidates, it has been alleged that Turkey's main opposition Republican People's Party (CHP) will announce northwestern city of Eskişehir Mayor Yılmaz Büyükerşen, who was elected as a mayor since 1999, as the CHP's presidential candidate following the CHP leader Kemal Kılıçdaroğlu's consultation meeting with opposition party leaders and nongovernmental organizations.

Criticizing the YSK's decision as a double standard, the CHP leader said that the decision regarding mayors' candidacy is anti-democratic. Ahead of the final YSK decision, Kılıçdaroğlu last week stated that the party has been waiting for the YSK to reconsider the decision before the CHP's candidate is announced. He said, "There is no democratic electoral process. This is the problem. Ministers or prime minister can be a presidential candidate without leaving their post, but other candidates have to be removed from their post to run for president.
This is not democracy and we are waiting for the Supreme Election Board decision on this subject."

Following the meeting, Kürkçü stated that the BDP and HDP will announce their own candidate in the first round of presidential election, which will be held on Aug. 10. He added that if the CHP selects a candidate that shares the mindset of pro-Kurdish parties, they can support that candidate in the second round of the election, which will be held if a presidential candidate does not garner an absolute majority in the first round.

Previously, Kılıçdaroğlu met with business representatives and various associations, including the Association of Independent Industrialists and Businessmen (MÜSİAD) and the Turkish Confederation of Businessmen and Industrialists (TUSKON) for the presidential bid. As part of his consultation talks, Kılıçdaroğlu held talks with provincial presidents and CHP deputies, the Confederation of Turkish Tradesmen and Craftsmen (TESK), Turkish Agriculture Chambers Union (TZOB) and Turkish Bar Associations (TBB) over possible presidential candidates.

He also met with Nationalist Movement Party (MHP) leader Devlet Bahçeli, who is in search of a joint candidate, to discuss that option and decide whether they can agree on an inclusive candidate before the nomination process ends.
RELATED TOPICS