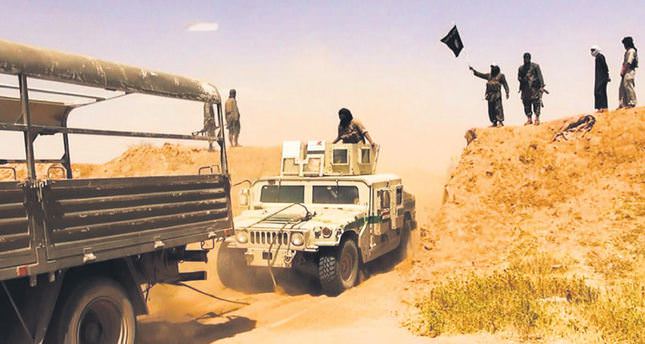 The civil war in Syria, coupled with the weak sectarian government in Iraq, has transformed ISIL into a direct threat to Turkey's security and interests

The Islamic State of Iraq and the Levant (ISIL) is at the top of the agenda in Turkey after its fighters raided the Turkish Consulate in Mosul and kidnapped 49 personnel including the consul himself, along with 31 Turkish truck drivers.

On TV channels and in newspapers everyone has started asking what ISIL is and what they want. Although Turkey is a neighboring country to Iraq and Syria and deeply involved in regional politics, especially in terms of economic relations, ISIL had not been occupying Turkish minds.

The rapidly changing situation in Iraq and the swift increase of ISIL's power has raised eyebrows. The first time Turkey and ISIL came into contact was in Syria, when ISIL threatened Turkey and asked them to evacuate its troops from the Suleiman Shah tomb area, a Turkish enclave in Syria. Turkey has stationed about 25 soldiers at the site to protect the tomb, which houses the remains of the predecessors of Osman Bey, the Ottoman Empire's founder.

which appeared in Iraq immediately following the U.S.-led invasion of Iraq in 2003, has worked as al-Qaeda's branch in Iraq after 2006. Under the leadership of Abu Musab al-Zarqawi, a radical Jordanian Salafi, the group entered Iraq after Saddam Hussein was toppled from power and established itself as a Sunni Salafi militant group that adhered to the ideology of al-Qaeda. This ideology is largely based on the establishment of a global Islamic Caliphate founded on an extreme interpretation of Islamic jurisprudence. Rather than direct political engagement, al-Qaeda in Iraq (AQI) decided that the system introduced by the Americans in Iraq was not permissible under Islamic law and therefore must be brought down by the use of force. In late 2006, AQI began using the new name of the Islamic State of Iraq (ISI). As the name suggests, this was the first incarnation of this group before it eventually evolved into the group that is now known as ISIL. This change of name more accurately reflects the aims and objectives of this al-Qaeda affiliate, as it attempts to establish an emirate lying between Baghdad and Damascus.

The group introduced itself to the world with its atrocities. ISIL has never shied away from using suicide bombers, crucifying people and beheading them. Yet, the extremely radical and cruel group has also been acting like a state. In the districts that they capture, ISIL establishes schools, courts and delivers municipal services. Also, ISIL fighters provide security, acting like police.

A Daily Sabah source pointed out - on the condition of anonymity - that Sunni people living in areas captured by ISIL welcome them due to the pain they have experienced under the Shiite-led Iraqi regime, which has been promoting sectarian division in the country.

The source added that people believe after the clashes end, ISIL will start delivering basic services. Doha-based Arab Center for Research and Policy Studies (ACRPS), in a recently released report, stated that the sectarian division that deepened with the U.S. and Iranian intervention in Iraq's domestic politics paved the way for the recent incidents in Mosul. The report pointed to cooperation between Iran and the U.S. on supporting Maliki politically and militarily. Yet, researchers noted that due to the complicated sectarian structure in Iraq, a model that would accommodate every social and religious group should have been implemented after former President Saddam Hussain was ousted instead of leaving the whole country in the hands of a Shiite government.

An Iraqi resident's words confirmed the ACRPS researchers' claims. The source, who wanted to remain anonymous for security reasons, stated: "I am Sunni. My whole family is Sunni. We are unhappy with the Maliki regime. But, we do not want ISIL either, as this organization's actions are unpredictable. They have courts and judges, but their decisionmaking process is very quick. When the judge issues a death penalty, they immediately carry it out. Also, their understanding of Islam is very different from ours and clashes with our traditions.

For instance, they kill smokers or they kill Sufis despite the fact that the majority of people in Mosul and around are smokers and Sufi." "We are afraid of them," he added.

Ömer Behram Özdemir, a researcher at the Center for Middle Eastern Studies at Sakarya University specializing in Islamist movements, said: "ISIL is not the only organization carrying out operations in the region. There are other Sunni groups fighting against the regime. Yet, both the Maliki regime and ISIL make propaganda to omit the effects of other groups." Noting that ISIL in Iraq differ from Syria, Özdemir said: "In Syria, ISIL fights with other opposition groups and consists of foreigners.

But, Iraq is the country where ISIL was born, and the organization knows the country very well. Therefore, it is true that there is popular support for ISIL. When the prisoners from Abu Ghuraib were released by ISIL, it said it would respond to the U.S. and its allies harshly. The wrong policies implemented by the U.S. and the Maliki regime have created chaos in Iraq." On ISIL's stance towards Turkey, Özdemir said: "It is early to make a comment. Yet, it should be stated that ISIL's operations are not just against Turkey, as disputes within Iraq surfaced more than a year ago. ISIL fights with opposition groups like the Free Syrian Army, which is supported by Turkey, and its members see Turkey as heretical. Yet, we cannot say ISIL will absolutely target Turks and Turkey more than before and hurts kidnapped citizens."

Another researcher at the Center for Middle Eastern Studies at Sakarya University, focusing on Iraqi politics, Recep Tayyip Gürler, told Daily Sabah: "It was impossible for ISIL to capture Mosul without the help of other Sunni groups. Formerly, Baathist groups and Sufi groups allied with ISIL. It can be said that ISIL makes strategic and pragmatic steps to seize power in the region. Yet, if the central Iraqi government or any external power does not intervene, we will likely see a new clash between ISIL and other groups. ISIL, which proclaims itself as a state, wants every group to obey it." Gürler added: "ISIL is a different organization from how it is portrayed in media outlets.

For instance, in Syria's Raqqa, ISIL delivered school bags to children who are educated in their schools. Or they have established courts." Touching on the abduction of Turkish citizens he said: "ISIL's actions are unpredictable. But I do not think they will hurt any Turkish citizen. They might be negotiating with Turkey on the situation in Syria, as Turkey never allows the flow of ISIL militants into the region."

ISIL is a new and significant actor in the region and able to re-draw the map that was created in the colonial era. Turkey directly faces this organization and has much to learn about it. The weak central government and the sectarian segregation create a base for this kind of extremist group. Yet, it must be underlined that ISIL is not alone in these operations. The changing conditions in the region will push Turkey to play different cards, such as bettering its relations with Iran and basing its foreign policy only on the facts of the region.
Last Update: Jun 14, 2014 2:07 am
RELATED TOPICS