EU to hold fresh talks with Turkey on membership bid 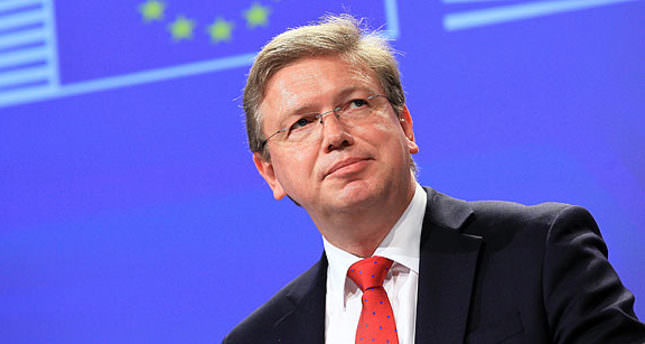 by Jun 16, 2014 12:00 am
EU Enlargement Commissioner Stefan Fule is scheduled to arrive in Ankara today and hold talks with the president and foreign minister, as well as the justice minister and head of Turkey's constitutional court.

European Union Enlargement Commissioner Stefan Füle is to hold fresh talks in Turkey on its efforts to join the 28-nation bloc, a statement said Sunday, amid continued concerns over Ankara's rights record.

Füle will meet senior officials Monday and Tuesday, including the president and foreign minister, as well as the justice minister and head of Turkey's Constitutional Court, the European Commission said. Füle will also take part in a meeting of the working group on Chapter 23 of Turkey's EU membership bid, which covers the judiciary and fundamental rights. This group deals "with the necessary reforms in these two areas crucial for the accession process of Turkey," it added.

Negotiations resumed late last year following a three-year freeze. After a sharp police crackdown earlier this month, the EU warned the government that "any country negotiating EU accession needs to guarantee human rights, including freedom of assembly and association for its citizens." An EU spokesman said it had not been possible to arrange a meeting between Füle and the prime minister because of scheduling problems.
RELATED TOPICS