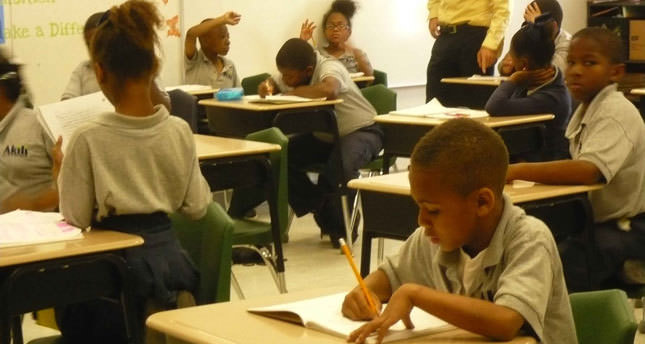 by Daily Sabah Jun 16, 2014 12:00 am
The Federal Bureau of Investigation last week raided 19 charter schools affiliated with the Gülen Movement in Ohio, Indiana and Illinois for reasons allegedly related to crimes linked to education tenders.

The FBI-led investigation targeted Concept Schools, an institution that operates the movement's schools, and according to local media outlets, alleges that it is involved in white-collar crimes.

The FBI refused to comment or give details about the investigation and indicated the investigation is being handled by the Federal Communications Commission (FCC) in cooperation with the Department of Education. The FBI seized numerous documents last week, and Katherine Beckwith, the spokesperson for Concept Schools, in a press statement indicated the investigation was related to the funding of electronic education technologies, as she claimed they are trying to figure out inconsistencies between payments and data sent to official authorities.

Concept Schools previously faced investigations for hiring more immigrant workers than Google and failing to properly use public funding in 2009, while the Gülen Movement is accused of mostly hiring Turkish teachers and paying them more than their American counterparts.
The schools were established in 2002, while the movement's first school was established in Ohio in 1999; currently, the Gülen Movement operates 140 charter schools in 26 states in the U.S. The Gülen Movement's schools have faced criticism from different circles, and the FBI previously raided the Kenilworth Science and Technology Charter School in Louisiana.

Another charter school was shut down in 2011 for bribery charges. Fethullah Gülen, who currently lives in self-imposed exile in Pennsylvania, leads the Gülen Movement. He is accused of orchestrating the Dec. 17 coup attempt and infiltrating Turkish state institutions through Gülenist agents.
RELATED TOPICS