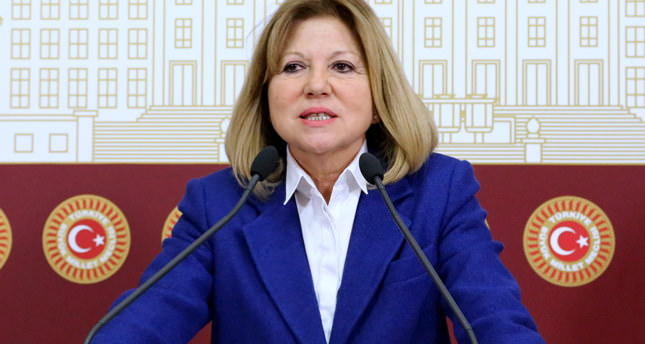 by Daily Sabah Jun 16, 2014 12:00 am
The announcement that former Secretary-General of Organization of Islamic Cooperation (OIC) Ekmeleddin İhsanoğlu will be the joint candidate for the presidency by the opposition Republican People's Party (CHP) and Nationalist Movement Party (MHP) drew harsh criticisms from CHP and AK Party deputies in the Turkish Parliament. The on-going internal conflict within the CHP that began after their failure in the March 30 local elections appears to have reached a new level of intensity with the announcement of İhsanoğlu's joint candidacy.

CHP Istanbul Deputy Fatma Nur Serter harshly criticized İhsanoğlu's candidacy and said that the CHP named a presidential candidate who is in contradiction with the party's ideologies and principles.

Alleging that the CHP is in self-denial, Serter said, "Those who announced a candidate [İhsanoğlu], who is in the same league with Erdoğan, to compete with Erdoğan himself, gave up on defending contemporary Turkey's values."

CHP Istanbul Deputy Melda Onur stated on her Twitter account that she was not informed beforehand about İhsanoğlu's candidacy. She wrote that he does not fit the profile which was laid out in the latest compromise meeting she participated in. She sarcastically criticized her own party by saying that CHP deputies were "trolled." CHP Ankara Deputy Gökhan Günaydın pointed out in his Twitter account that the joint candidate option will not work and will prove to be a failure. CHP Tunceli Deputy Hüseyin Aygün interpreted İhsanoğlu's candidacy as a continuation of the CHP's opening to right wing and to political Islam through his Twitter account.

AK Party Group Deputy Chairman Ahmet Aydın criticized the joint candidate by saying the CHP is unable to nominate its own candidate and this joint candidate is a sign that CHP and MHP politics and national policies have failed. Turkish Grand National Assembly (TBMM) Constitution Commission Head Burhan Kuzu said after months to agree on a joint candidate, this name is the sign that opposition reached its end. He said, "Animosity for Erdoğan pushed them to agree on such inappropriate names. I doubt that the CHP leader can recognize Mr. Ekmeleddin when he sees him. He even did not pronounce his family name properly and said 'İslamoğlu."
Last Update: Jun 16, 2014 11:35 pm
RELATED TOPICS