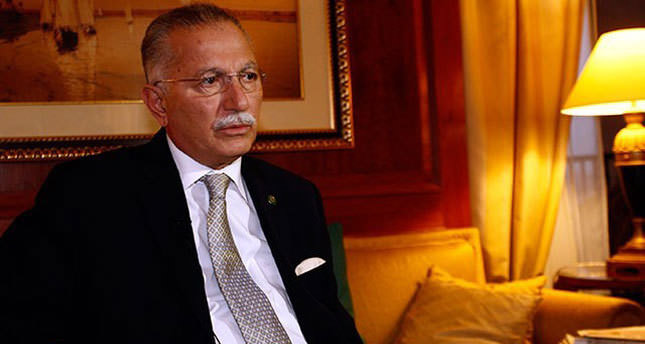 by Daily Sabah Jun 16, 2014 12:00 am
Former Secretary General of the Organization of Islamic Cooperation Ekmeleddin Ihsanoğlu -- who had been nominated by the Turkish opposition parties as their candidate for the upcoming presidential election -- had been in the center of discussions as he previously ruled out any sort of involvement in politics.

"I'm not considering politics at all; I cannot be a politician," Ihsanoğlu stated at an interview last year.

Turkish opposition parties Republican People's Party (CHP) and Nationalist Movement Party (MHP) announced on Monday afternoon that they have decided to nominate Ihsanoğlu as their candidate for the presidential election that will be held in August.

The decision of the opposition was announced after CHP leader Kemal Kılıçdaroğlu visited MHP leader Bahçeli on Monday.

If Ihsanoğlu -- who was harshly criticized by the Islamic world for keeping quiet over the turmoil in Egypt, Syria and other troubled regions -- accepts the opposition's request, he will face a candidate shown by the ruling Justice and Development Party (AK Party). Circles close to the AK Party say that, Prime Minister Recep Tayyip Erdoğan will be his party's candidate.