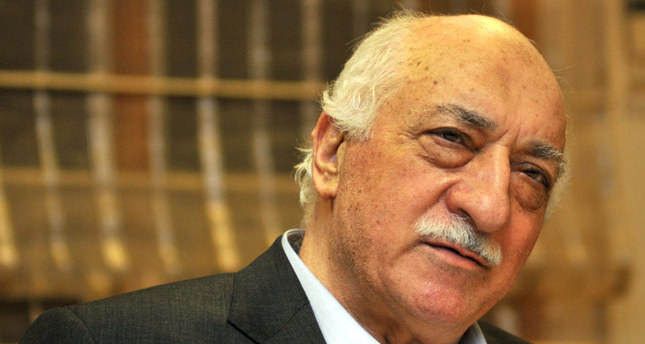 by Daily Sabah Jun 17, 2014 12:00 am
A letter sent to the office of the prime minister from an executive at an influential Islamic nongovernmental organization in South Africa claimed that Fethullah Gülen, leader of the Gülen Movement, who has been accused of orchestrating a coup attempt on Dec. 17 through a series of fabricated corruption claims, is currently lobbying nongovernmental organizations in South Africa to persuade President Jacob Zuma for political asylum.

Speaking to the representative of the Gülen Movement in South Africa, the executive stated the Gülen Movement has also visited the Muslim Judicial Council (MJC), the largest and most prominent NGO in South Africa, established in 1945. Apparently, representatives asked them to provide sanctuary to Fethullah Gülen in the case that he is deported from the United States, or if Turkey requests his extradition in the case that he is found guilty of the offences he is currently charged with. In this regard the Gülenist representative has told the MJC that Prime Minister Recep Tayyip Erdoğan allegedly works as a spy for the Iranian government and that Erdoğan's supporters supposedly regarded him as a prophet. On a different note, despite the fact that Erdoğan was born in Istanbul, they claim Erdoğan's supporters see two cities as sacred; Rize, where Erdoğan was allegedly born and Istanbul, where he currently lives and where he was actually born. The NGO executive expressed at a formal dinner that Gülenists have made similar remarks claiming that corruption in Turkey was allegedly very high. The remarks also suggested they have a longlasting vision for Turkey and that Erdoğan would be unseated.

According to the NGO executive, representatives of the Gülen Movement visited the MJC three weeks ago but have failed to convince them with their anti-Erdoğan propaganda and have also expressed that the Muslims of South Africa will side with Erdoğan. "Turkey should develop its relations with South Africa" said the executive, who expressed that although Muslims make up a small community in the country they have significant influence over the government.

Gülen currently resides in the U.S. in self-imposed exile and could be facing extradition if he is convicted for his charges. Previously, Abdullah Öcalan, leader of the PKK, has also sought political asylum in South Africa and was caught in Kenya on his way to the country.
Last Update: Jun 17, 2014 1:31 am
RELATED TOPICS