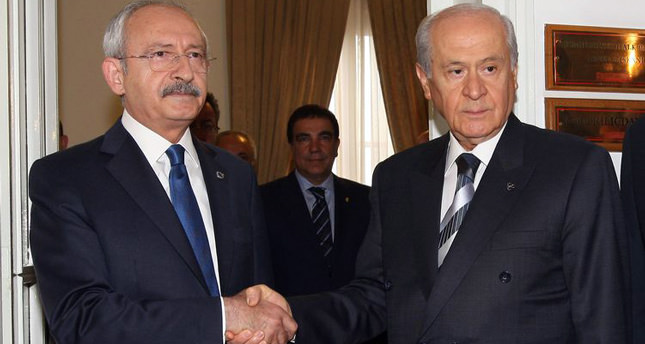 The Republican People's Party (CHP) and the Nationalist Movement Party (MHP) on Monday named Ekmeleddin İhsanoğlu, former head of the Organization of Islamic Cooperation (OIC), as their joint nominee for August's presidential elections.

Some deputies both inside CHP and in other parties voiced their reaction over CHP's decision, but CHP's deputy chairman and party spokesperson, Haluk Koç, said that it is not possible to choose a candidate who pleases everyone.

"I respect all criticism, however, the nominee is clear and certain, there will not be another one," Koç added.

İhsanoğlu needs the support of 20 MPs for his candidacy before he can officially stand for the election scheduled for August 10.

The 71-year-old retired from the OIC last year after being elected in 2005. Under his leadership the organization became more involved in humanitarian, social and economic issues.

The vote will be the first time that Turkey's president is elected by direct popular vote.

A candidate needs more than 50 percent of the vote to be elected in the first round. If none of the three expected candidates receives the required percentage, there will be a second round vote on August 24 between the two candidates who received the most votes.