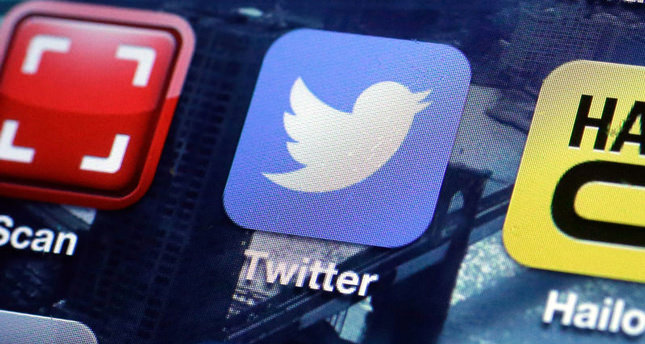 Turkish officials have released a list of court rulings which the social media company Twitter has complied with. According to the list, Turkish courts issued 51 rulings related to Twitter accounts and Twitter officials applied 44 of them. Prior to Turkey's ban of the social media site and negotiations between the government and Twitter officials, Turkish court rulings on accounts were not taken into consideration.

Senior officials from Twitter came to Turkey for the first time on April 14 to resolve the "Twitter crisis" after the popular social media website was closed for 13 days by the Turkish telecommunications authorities for disobeying court decisions.

Three issues were addressed during the first meeting held at the prime minister's office, including Twitter's reluctance to abide by court orders, the suspension of fake accounts causing damage to individual rights and privacy and its hesitance to open an office in the country and pay taxes. Among the participants were Colin Crowell, the head of global public policy at Twitter and two Turkish officials.

In May, the two sides met in Dublin to discuss a new resolution over Twitter. After Turkey temporarily banned Twitter during the March 30 local elections due to its violation of personal rights, Twitter officials and telecommunications authorities held talks in Turkey on April 14 as a first step to building a working relationship. The meeting in Dublin is accepted as the second step to reaching a compromise in this regard.

The Minister of Transport, Maritime Affairs and Communication Lütfi Elvan declared at the end of April that Twitter obeyed 16 court rulings. Twitter applied the rulings in a period of two weeks. Yet, to accelerate this process a "hotline" will be set up by the Turkish Information and Communication Technologies Authority (BTK) to take fast steps in order to ban problematic content. The hotline will enable contact to be made between Twitter and Turkish officials within a matter of 24 hours. The Twitter issue emerged in Turkey when the government blocked the social media platform after several courts ruled to protect many users against privacy violations prior to the March 30 elections. The ban was lifted by the Constitutional Court after Kerem Altıparmak, an assistant professor at the Political Science Department of Ankara University and Yaman Akdeniz from the Faculty of Law at Bilgi University filed an appeal with the Constitutional Court on March 24 arguing the ban on Twitter violated the fifth clause of the 49th article of law No. 6216 of the Constitution.