US Congress backtracks on anti-Turkey bill 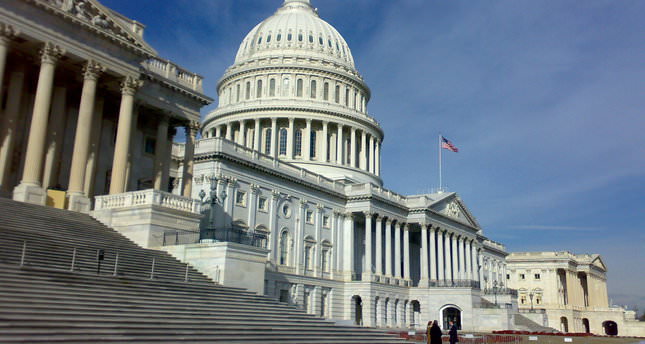 by Ragıp Soylu Jun 18, 2014 12:00 am
The U.S. House of Representatives Committee on Foreign Affairs yesterday decided to postpone a scheduled markup on an anti-Turkey bill related to confiscated Christian properties in Turkey to June 26, after receiving pressure from the Turkish government over the ill-timing of the proposed act.

Congressional sources said that the hearing and decision on the "Turkey Christian Churches Accountability Act" rescheduled due to the abduction of Turkish diplomats in Mosul by the extremist group the Islamic State in Iraq and Syria (ISIS). The bill was originally expected to be considered by the committee on June 18. H.R.4 347, if passed, would mandate that Secretary of State John Kerry provide an annual report to monitor U.S. efforts to survey and secure unreturned Christian properties in Turkey and Northern Cyprus, which the bill designates as "occupied by the Turkish military."

Speaking to Daily Sabah, Turkish officials welcomed the postponement and said that proposing the bill in the first place was a mistake. "Such an attempt in this critical time was not a right thing to do. We must focus on common strategic interests and topics such as the ISIS threat in the region," a source stated. The sponsor of the bill was a senior member of the Republican Party Ed Royce, who is also the chairman of the committee. Royce was the former chairman of the Armenian-American Friendship Group in the U.S. Congress.
Last Update: Jun 18, 2014 10:06 pm
RELATED TOPICS