Turkey steps up efforts to release abducted Turks in Iraq 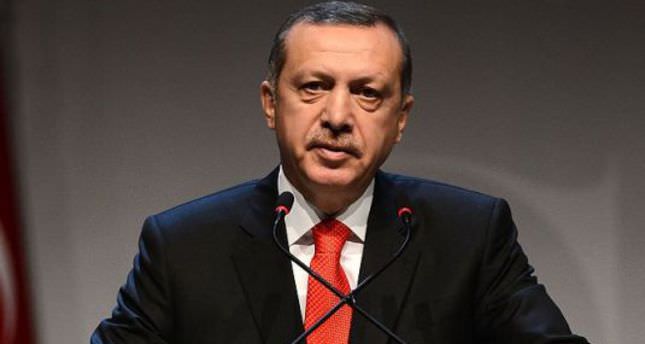 by Daily Sabah Jun 19, 2014 12:00 am
Speaking to press before his departure to Austria at Ankara's Esenboğa Airport, Prime Minister Recep Tayyip Erdoğan stated that Turkish government had sent a delegation to northern Iraq in efforts for the release of Turkish citizens abducted by the self pro-claimed Islamic state of Iraq and Sham (ISIS).

PM Erdoğan, who is scheduled to give a speech to a huge crowd of Austrian-Turks at the 10th anniversary celebrations of the Union of European Turkish Democrats (UETD) on Saturday, answered questions regarding the latest developments in the country.

Commenting on recent reports saying that 15 Turkish workers were abducted by the ISIS, PM Erdoğan said the reports are not true and his government is working efficiently to bring back a total of 80 abductees back to Turkey in good health. He added that the delegation went to northern Iraq on Wednesday and returned back to Turkey on late night hours.

Prime Minister said the clashes between the Iraqi forces and the ISIS had turned into a sectarian war in neighboring Iraq, "which Turkey does not approve." He added that Iraqi forces fleeing Mosul and leaving their arms behind is "meaningful".

When members of press asked about an Ankara court handing down life sentences to Kenan Evren, the Turkish chief of general staff who spearheaded the military coup in 1980 and served as president until 1989, and then Air Force Commander Tahsin Şahinkaya, PM Erdoğan said the court's ruling is not a final decision and reminded that suspects could file an appeal at the Supreme Court of Appeals. "It would be better to comment on this topic once the case is finalized," he added.

Furthermore, PM Erdoğan said "my nation will give the best answer" to opposition parties' decision to nominate Ekmeleddin İhsanoğlu -- former head of the Organization of Islamic Cooperation (OIC) -- for the presidential candidacy.