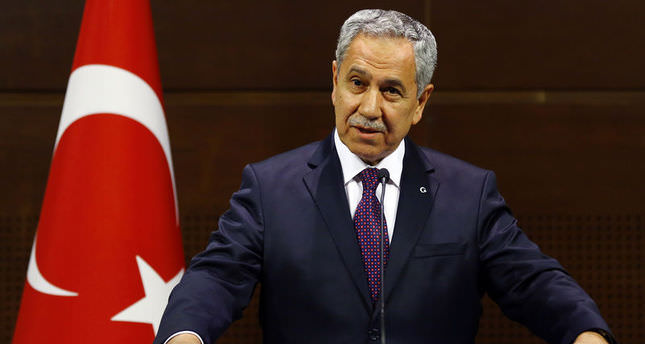 by Daily Sabah with Agencies Jun 20, 2014 12:00 am
The constitutional changes brought the 2010 referendum normalized relations between the military and civil society in Turkey and eventually paved way for sentencing leaders of the 1980 coup, Deputy Prime Minister Bülent Arınç said on Friday.

Arınç spoke out after two leaders of Turkey's bloody 1980 military coup-Kenan Evren, 96, and Tahsin Şahinkaya, 88 - were sentenced to life imprisonment on Wednesday.

Under the constitution introduced by the military in 1980, they had been protected from prosecution and Arınç said it was the 2010 referendum, brought about by the ruling Justice and Development Party (AK Party), that removed this immunity.

Referring to opposition parties who boycotted the parliamentary vote to amend the constitution, Arınç said: "They accused us [the AK Party] of dividing the country. Now, we see the referendum has closed an era of coup and junta." He praised the sentencing of Evren and Şahinkaya as a first in Turkey's political history.
Last Update: Jun 21, 2014 12:31 am
RELATED TOPICS