Turkey promises to bring back abducted citizens from Iraq 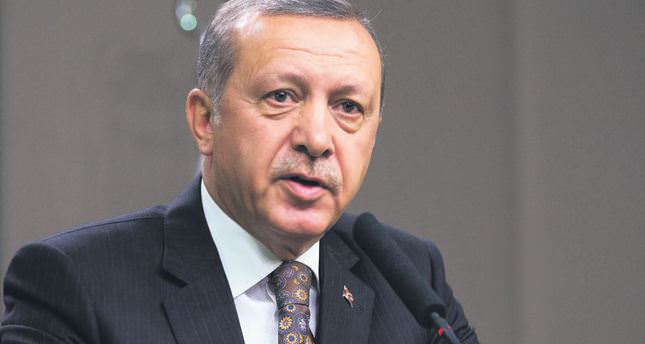 The government is doing its best to bring back 80 Turkish citizens abducted by ISIS, said the PM and also called on the U.S. to beware of launching airstrikes in Iraq for fear it would lead to civilian casualties

Speaking at a press conference at Ankara's Esenboğa Airport before his departure to Austria, Prime Minister Recep Tayyip Erdoğan said that the Turkish government sent a delegation to northern Iraq in an effort to secure the release of Turkish citizens abducted by the Islamic State of Iraq and al-Sham (ISIS).

Erdoğan, who is scheduled to deliver a speech to a crowd of Austrian Turks at the 10th anniversary celebrations of the Union of European Turkish Democrats (UETD) on Saturday, answered questions regarding the latest developments in Iraq. Responding to questions about 15 Turkish workers who were allegedly abducted by ISIS on Wednesday, Prime Minister Erdoğan said the reports are not true and his government is working carefully to bring back a total of 80 abductees to Turkey in good health. He added that a delegation went to northern Iraq on Wednesday to hasten their return and flew back to Turkey during the late night hours.

"We are taking care of the process through different channels in a sensitive manner," said Erdoğan, who stressed it is not reasonable to take impulsive steps, as it would threaten the lives of 49 consulate staff and 31 truck drivers who were abducted by ISIS militants last week. "Our priority is to safely bring back our citizens," said the prime minister, who touched upon the fact that Turkey has closed its consulate in Basra, Iraq and has been in contact with Turkish citizens residing there.

Erdoğan said the U.S. does not seem to be in favor of launching airstrikes targeting ISIS militants in Iraq due to the fact that militants have stationed themselves among Iraqi civilians and a strike may result in significant amount of casualties. Erdoğan added that the flight of Iraqi forces from Mosul and their decision to abandon their arms was questionable while he claimed the current situation of the conflict has turned into sectarian war between Sunni and Shia Muslims which Turkey does not approve of. Erdoğan said Islamic values prohibit sectarian bigotry and that a Muslim cannot kill another Muslim. "Likewise, Muslims cannot kill innocent civilians, women, children and the elderly," he noted, expressing Turkey's disapproval and condemnation of such violent acts in the name of religion.

On the other hand, Erdoğan said that the Turkmen in Tal Afar are fleeing to Irbil and that the Turkish Disaster and Emergency Management Presidency (AFAD) was taking precautions and sending tents, food and medication to the region.

Deputy Prime Minister Beşir Atalay at the High Council Meeting of AFAD yesterday delivered a statement about the institution's work to support Turkmen in Iraq. Placing emphasis on the fact that AFAD has covered a lot of ground in terms of establishing a permanent and lasting system of managing disasters, Atalay said that Turkey was working hard to immediately respond to the needs of the Turkmen in Iraq, while adding that there are about 700,000 people who have fled from Mosul. "We have sent a significant amount of aid to Dohuk, where refugees are currently staying with food parcels containing food for 15,000 people, blankets for 10,000 along with 1,920 beds, 2,000 kitchen sets and 12,500 tents to establish refugee camps. Atalay also touched upon the fact that those fleeing Tal Afar went to Sincar, where AFAD will also be building refugee camps.

ISIS currently poses a risk to Iraq's territorial integrity as it is attempting to take over oil-rich regions and impose radical measures on the local population in Iraq in areas it controls after the Iraqi Armed Forces retreated, leaving no protection for Shia Turkmen who are already marginalized and do not have their own forces to provide protection
RELATED TOPICS