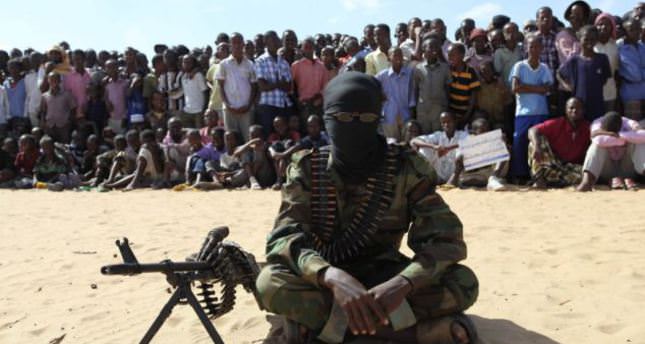 by AA Jun 24, 2014 12:00 am
Turkey has pledged humanitarian assistance to communities affected by the ongoing insurgency in Nigeria's restive northern region, a Nigerian relief body said on Sunday. "The government of Turkey has offered to support the ongoing humanitarian intervention in communities affected by security challenges through partnership with the National Emergency Management Agency (NEMA) to bring more succor to the displaced persons in Borno, Yobe and Adamawa States," NEMA spokesman Manzo Ezekiel said in a statement. Ezekiel said the Turkish ambassador to Nigeria Mustafa Pulat made the pledge during a visit to NEMA headquarters in the capital city of Abuja. "He said in the desire to support the humanitarian efforts, a delegation from his country will soon arrive in Nigeria," the statement said. "[Pulat] requested the partnership of NEMA with the Turkish authorities to identify the priority areas of the humanitarian needs to assist the affected communities especially to support the displaced persons."

The statement quoted Pulat as acknowledging the efforts of the Nigerian government to end the insurgency as well as assist its victims. "The ambassador noted that the offer of support by Turkey was in the spirit of international solidarity with the government and people of Nigeria," according to the statement.

The Turkish ambassador was received by NEMA Director General Muhammad Sidi who, the statement said, "appreciated the offer of the humanitarian supports from the Turkish government and promised to convey the message to the appropriate authorities."

Earlier this month, Turkey decided to add Nigeria-based Boko Haram militant group to its list of Al-Qaeda-linked terrorist organizations whose assets - if any exist in Turkey - should be frozen. The move was hailed by Nigerian presidential spokesman Reuben Abati as "a welcome development."

The group later became violent, however, after the death of its leader in 2009 while in police custody. In the five years since, the shadowy sect has been blamed for numerous attacks-on places of worship and government institutions-and thousands of deaths, manily in the country's northern region. In mid-April, Boko Haram militants stormed a high school in Nigeria's northeastern Borno State, loading scores of schoolgirls onto trucks before driving away unchallenged.
Last Update: Jun 24, 2014 9:34 am
RELATED TOPICS