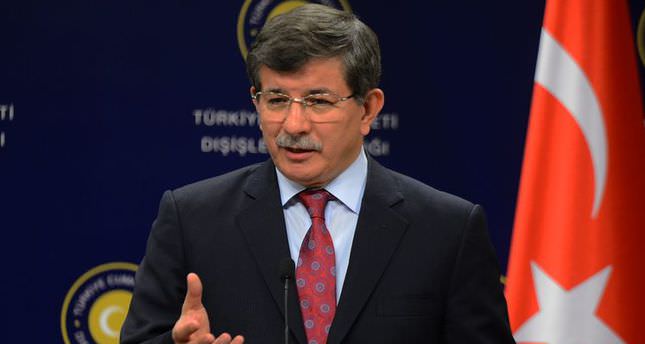 by AA Jun 24, 2014 12:00 am
Turkish foreign minister dismissed claims Monday that Turks have to leave eastern Libya within two days as Turkey is accused of sending spies to the country's east.

"These claims are groundless," Ahmet Davutoğlu told a press conference with Iraqi Turkmen Front Leader Ershad Salihi in Turkish capital Ankara. "Turkey or someone from Turkey cannot be accused of such an offense."

A statement by the spokesperson of renegade Libyan General Haftar on Sunday claimed that Turks and Qataris, who have been accused of spying, have 48 hours to leave eastern Libya.

Turkey had closed its consulate in Benghazi, the second largest city in Libya, in May and warned its citizens against traveling there due to the deteriorating security condition.

Davutoğlu said that talks also touched on the recent developments in Iraq as unrest is growing high in the country since militants led by the Islamic State of Iraq and Sham (ISIS) have extended their reach across Iraq since June 10.

"What is happening in Iraq deeply concerns both the Iraqi people and Turkey and there are serious elements of risks and the major issue is of the humanitarian tragedy," he said.

"Fulfilling the needs of all our Iraqi brothers is an essential responsibility for us," he added.

He vowed that Turkey would always stand by the Iraqi people and he called for the unity of Iraq's security to ensure stability.