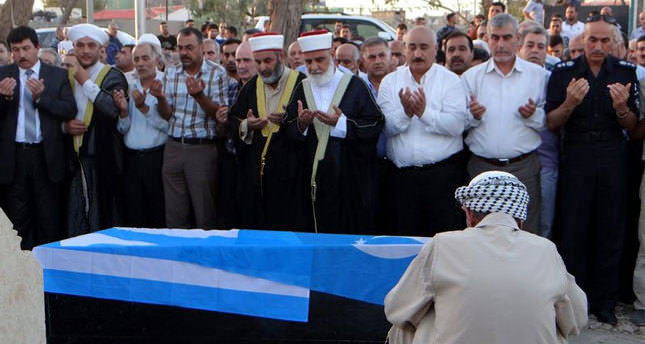 by Daily Sabah Jun 25, 2014 12:00 am
In a press statement released by the Foreign Ministry on Tuesday, Turkey strongly condemned the killing of the head of the Kirkuk city council, Muneer al-Qafila.

Kafili was shot in the head after unidentified gunmen attacked his vehicle in the military district of Kirkuk. Kafili died at the scene.

"We strongly condemn this terrorist attack and offer our condolences to the victim's family," the statement said, adding that the situation in Iraq was deteriorating after self pro-claimed Islamic State of Iraq and al-Sham's (ISIS) attack on Mosul two weeks ago.

ISIS militants, backed by tribal fighters, seized Iraq's second-largest city Mosul on 10 June and captured a number of other cities in the north, including Tikrit and Tal Afar.

ISIS militants also extended their grip along Iraq's Syrian and Jordanian border on Monday after taking control of border crossings, according to Farhan Ftikhan, the mayor of Al Qaim.