Iraq's territorial unity still the best option according to Ankara 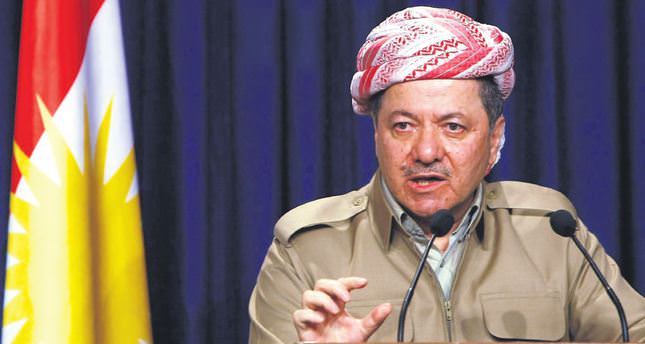 With the threat of the Islamic State in Iraq and al-Sham (ISIS) continuing to cause tension across the Middle East, recent statements by Kurdish officials have raised concerns about the unity of Iraq

President of the Kurdistan Regional Government (KRG) Massoud Barzani told CNN International on Monday that Iraq is falling apart and hinted that Kurds may seek independence. "And it's obvious that the federal or central government has lost control over everything.

Everything is collapsing, the army, the troops, the police. We did not cause the collapse of Iraq. It is others who did. And we cannot remain hostages for the unknown," Barzani said during interview. "It is the time now for Kurdish people to determine their own future and the decision of the people is what we are going to uphold," the Kurdish leader added.

However, the Kurds' possible move of declaring independence has not been warmly welcomed by the U.S officials. On Tuesday, U.S. Secretary of State John Kerry held talks with KRG officials and urged them to stand with Baghdad. After talks in Baghdad with the officials from the Iraqi central government, John Kerry flew to the KRG capital Irbil where he tried to convince Kurdish officials to stay engaged in Iraq's political transition and support the formation of a new government in Baghdad. "As everybody knows this is a very critical time for Iraq and the government-formation challenge is the central challenge that we face," Kerry said.

Kurdish leaders have made clear that maintaining the unity of Iraq is extremely though. "We are facing a new reality and a new Iraq," KRG President Massoud Barzani replied to John Kerry. Nevertheless Barzani did not reject Kerry's request that the Kurds be part of a new, inclusive government in Baghdad but expressed that it needs to be negotiated in new terms.

Meanwhile, Turkey has intensified diplomacy and in the last three days Turkish Prime Minister Recep Tayyip Erdoğan and U.S. Vice President Joe Biden have held two phone conversations to discuss Irbil's shift away from Baghdad. According to public statements, Erdoğan and Biden exchanged views on the latest developments in Iraq and agreed on the prompt formation of a national consensus government in order to protect Iraq's territorial integrity and political union and to achieve success in its fight against terror.

The White House also announced that Biden and Erdoğan both see ISIS as a threat to Iraq. The explanation mentions that the Turkish diplomats are making the maximum effort to retrieve hostages and pressure Iraq to collaborate against ISIS. Moreover, on Monday Prime Minister Erdoğan and his British counterpart David Cameron also exchanged a phone call to discuss developments in Iraq.

Meanwhile, Ankara seems keen to preserve Iraq's territorial unity in order to prevent greater turmoil in the region. "The Baghdad administration should have overarching policy for all ethnic identities in Iraq. The central [government] must not exclude anybody and should be based on a power sharing mechanism. In Iraq we have been trying to do this for years and we will continue our efforts," an unnamed senior official from the Turkish Ministry of Foreign Affairs was quoted as saying.

According to diplomatic sources, U.S. officials have privately signaled that the U.S. will no longer back Iraqi Prime Minister Nouri al-Maliki, whose policies have alienated the country's Sunni and Kurdish leaders and it seems like the U.S. will not support Maliki for his third term. However, the Obama administration hasn't publicly called for Mr. Maliki to step aside, which is considered the best option by some diplomatic circles to ensure the preservation of Iraq's territorial unity.