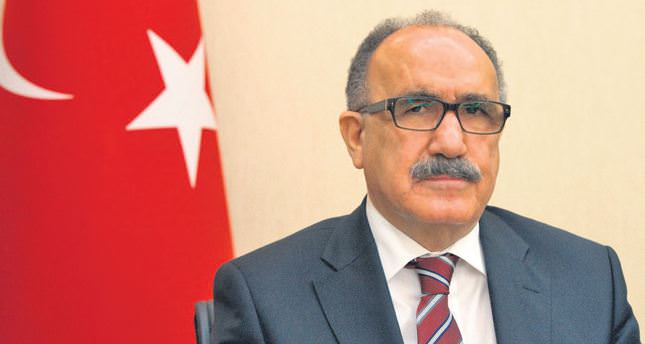 Turkey's ruling Justice and Development Party (AK Party) government sent a bill to Parliament on Thursday giving its peace process with the PKK a legal framework, a step that will advance the reconciliation process aiming to end the decadeslong conflict in the southeast. The bill, described by jailed PKK leader Abdullah Öcalan as "historic," is the first time Turkey officially announced that it wants the PKK to lay down its arms and militants to rejoin their families. The reconciliation process is about putting weapons aside and choosing words, thoughts and politics, the bill said.

To show its determination regarding the process, the government will appoint certain institutions or individuals to have a dialogue with Kurdish circles both in the country and abroad, the bill highlighted.

In the conclusion of the bill it states that the reconciliation process is the most comprehensive democratic step in Turkey's history. The bills also claims that, thanks to the peace process, no single person got killed after the process started 19 months ago.

The draft legislation protects anyone involved in the talks from prosecution over insurgency by the PKK. It also makes it the government's responsibility to rehabilitate militants who lay down their weapons.

The bill has been long sought by pro-Kurdish politicians of the pro-Kurdish People's Democratic Party (HDP), as they feared that all the positive steps taken during the AK Party government would fade away when another government comes into power in the future. "We are nearing the stage when these problems are solved, violence ends, people put down their weapons and come down from the mountains to return to normal social life," Deputy Prime Minister Beşir Atalay said after the submission of the bill. "This regulation is a general one and it will present a general perspective for next regulations. A roadmap and action plan that would include more concrete steps regarding the process will be based on this framework law.

Thanks to this framework, state institutions will be able to determine in which fields and how they would contribute to the solution process," he added.

Atalay said the bill would authorise the cabinet, rather than individual state institutions, to take measures related to the talks, enabling it to speed up the process. The Parliament, where Prime Minister Recep Tayyip Erdoğan's AK Party has a large majority, is expected to pass the law before its recess on July 25.

Deputies from the pro-Kurdish Peoples' Democratic Party (HDP) went to visit PKK leader Abdullah Öcalan in his jail cell on the island of Imralı near Istanbul on Thursday and were expected to discuss the bill with him.

The government has initiated the reconciliation process in efforts to resolve the issue and talks between the government and Öcalan have proved effective with a ceasefire declared in March 2013 as they have ended a 30-year old insurgency which killed over 40,000 people.

Many claim the reconciliation process has become more productive as more people are aware of the fact that peace is attainable and the country's population turns a blind eye to all attempts that try to sabotage the process, which was evident when a provocateur tried to bring down a Turkish flag in Diyarbakır. Although it did not stir violence it showed that everyone was serious and eager about establishing peace.
RELATED TOPICS