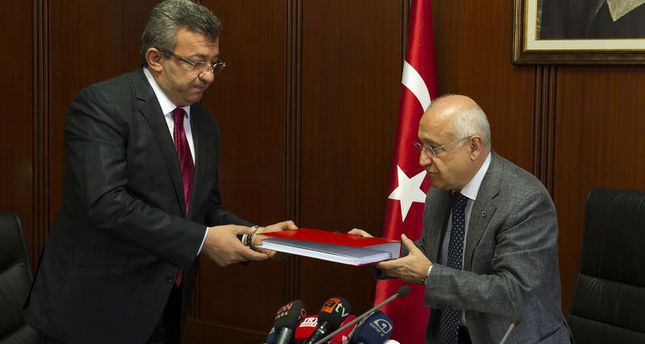 by AA Jun 29, 2014 12:00 am
Turkish academic and diplomat Ekmeleddin Ihsanoğlu has been nominated for the country's presidential race by the two main opposition parties.

While 111 signatures by deputies were collected to submit İhsanoğlu's nomination, 21 CHP deputies including Deniz Baykal, party's former leader and current deputy from Antalya; Güldal Mumcu, the deputy chairman of CHP; as well as deputies Emine Ülker Tarhan and Hüseyin Aygün refused to sign.

Born in Cairo to Turkish parents, Ihsanoğlu, 71, retired last year from his post as the secretary general of the Organization of Islamic Cooperation (OIC) - the collective body which promotes the interests of 57 member states.

Under his leadership since his election in 2005, the organization became more involved in humanitarian, social and economic areas.

A total of 111 CHP MPs out of 134 supported his candidacy, while all MHP lawmakers signed his nominating petition.

The presidential elections, scheduled for 10 August, will be the first time Turkey's president has been elected by direct popular vote.

A candidate needs more than 50 percent of the popular vote to be elected in the first round.

If none of the three expected candidates receives the required percentage, a second round will take place on August 24 between the two candidates who received the most votes.