Kurdish independence is more palpable than ever 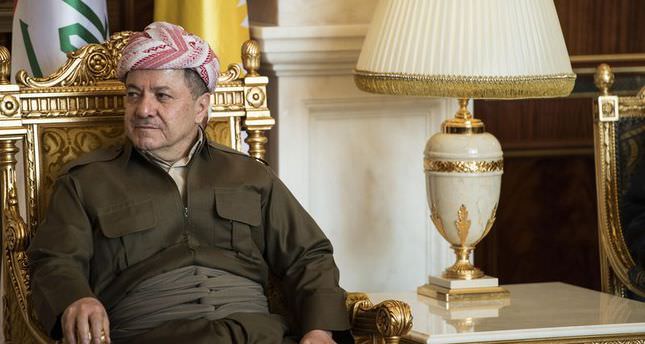 by Fatih Şemsettin Işık Jun 30, 2014 12:00 am
Iraq continues to be engulfed in crises while protecting its territorial integrity. Within this chaotic environment, scenarios in which Iraqi Kurds in the north would be independent are much more possible nowadays. This decades-old dream of the Kurds was eluded to by Kurdistan Regional Government (KRG) President Masoud Barzani in his last remark to CNN last week. In the present case, one of the main actors who has given a boost to this idea is Israel. Prime Minister Benjamin Netanyahu of Israel stated that the establishment of an independent Kurdistan would be helpful for a broader security alliance in the region. "Kurds are a warrior nation which is politically moderate and it is worth to support their statehood," he said.

Israel's backing is not just a recent issue. Since the 1960s, Kurds and Israelis have been cooperating – especially in terms of security. If there were to be an independent Kurdistan, this state would be Israel's sole genuine ally in the Middle East. In other words, Israel has voiced its endorsement for breaking up the unity of the Iraqi state by opposing its best ally, the United States. Regardless of what the United States would do if this circumstance came to pass, it is, undoubtedly, Turkey's reactions that are most in question.
Although Turkey has maintained its stance baking the unity of Iraq for a long time, last Sunday, an off-the-cuff remark made by Justice and Development Party (AK Party) Deputy Chairman Hüseyin Çelik to the Financial Times could signal a change. "If Iraq is divided and it is inevitable, they [Kurds] are our brothers," he said and pointed out that this possibility of an independent Kurdish state is not now a reason for war, unlike it had been earlier.

In reference to Turkey's role in the decision-making process, Kurdistan Regional Government (KRG) Natural Resources Minister Ashti Hawrami said that they will not take a step forward without Turkey being fully aware. "We take great care in doing things properly. We must consider that any decision might influence somebody else in the region and we are trying to keep full-consultation open in every step. Surprises will not happen," he said and pointed out that their relationship with Turkey is strategic rather than opportunistic. Hawrami also stated his discomfort that some people in the KRG politicize certain economic issues as if they are an ally of Israel.

However, concerning the possibility of independence and determining their own future, the Kurds are on a knife-edge with the existence of Arabs and Turkmens in northern Iraq. In this situation, it becomes clear that Turkey will be an integral actor in these developments. According to Taha Özhan, director general of the Foundation for Political, Economic, and Social Research (SETA), Ankara prefers to maintain the territorial integrity of Iraq, in which cooperation between Kurds, Arabs and Turkmens is vitally important. "Turkey's meeting of the expectations of different Sunni factions within a macro foreign policy is a sine qua non. In these Sunni factions, there are Kurds, Turkmens and Arabs. While the former two represent their ethnic identity, the latter does with a religious one. Although this looks like a quagmire, the solution passes through the same address as well." Özhan brings attention to the essential role Turkey plays with regards to the aforementioned Sunni factions.

Apparently, Kurds have seized the opportunity to determine their future once again. This time, the outcome is obviously bigger but the political balance is more delicate. Thus, it may sound rather exciting that Israel supports independence for probably its best ally's in the region, but Kurds should take Turkey into account in this critical decision-making progress.