Turks in Denmark encouraged to go back to Turkey 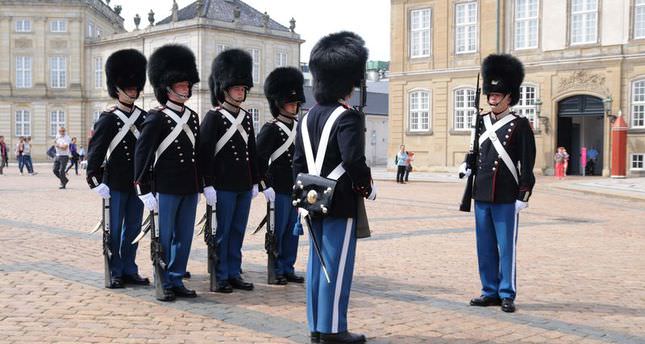 by Daily Sabah Jun 30, 2014 12:00 am
The Government of Denmark's voluntary repatriation policy with financial assistance for refugees and permanent residents has encouraged Turkish people living in Denmark to return to Turkey as rates of emigration have surpassed rates of immigration to the country. The idea of returning to Turkey came when the Danish government introduced a series of reforms improving existing legislation on voluntary repatriation measures.

Turkish people who came to Europe almost half a century ago are now considering going back to Turkey according to Ali Rıza Önay, the Labor and Social Security Consultant for Turkey's Embassy in Copenhagen who stated statistics show unprecedented levels of return in the immigration history of Europe. Explaining the rates and patterns in emigration, Önay stated most of the Turkish citizens who left Denmark between 2007 and 2012 were aged between 20-29 years old, followed by 30-39 and 40-49 year olds, indicating the young are more likely to leave Denmark despite the fact that they are in a productive stage in their lives and can be employed. "This is very interesting" Önay noted, expressing that they would have expected those above 55 to leave more than the young people, while he stated the situation requires an in depth analysis which could be done through academic research. Commenting on the reasons for return, Önay explained people are mostly attracted by significant improvements in Turkey's health care system in the recent years while the middle-aged population wants to return while their families and children can adapt to Turkey before they grow up.

The legislation was initially introduced in January 2000, was amended in 2010 and final reforms were introduced in April 2014, increasing the amount of financial assistance for those who want to return to their country of origin. For instance, they increased the amount to 127,517 DKR and each child would receive a total of 38,000 DKR, attracting more people to leave Denmark. On the other hand, it was noted that those who have Danish citizenship cannot take advantage of the return policies while the government is expected to offer assistance for health insurance in Turkey, flight and transportation costs of people and their belongings, and if the individual is planning to start a business in their country. However, those who own a certain amount of money in the banks are expected to receive less assistance in the case that they have more than 50,000 DKR per person.

Many Turks who live in Denmark have expressed that they hesitate to return to Turkey because the Danish government requires tax payments for their real estate in Turkey and may be obliged to pay these taxes in the case that it is discovered by the government while it may also invalidate financial assistance claims. They argue this is one of the reasons why many Turks cannot go back even though they want to because paying taxes and not receiving assistance may financially drain them. Yet others express they would not consider a complete return but may consider spending half of their lives in each country.